Last October, Sara Casanova, the far right mayor of the Italian city Lodi, denied school lunch subsidies to children of non-EU citizens, causing donors to step in to support the affected pupils and their families.

The case was subsequently brought before the Court of Milan, which eventually ordered the mayor not only to pay for the costs of the legal proceeding, but also, and most importantly, to amend the regulation on access to social welfare she issued in October.

The mayor will have to introduce new requirements to give third country citizens the same rights as EU citizens in terms of access to social welfare. This will allow the parents of non-EU children to benefit from lower rates for school canteen and bus services.

The case was brought before the Court by non-EU families affected by the measure. In the interim, the families have been receiving legal support from CILD's members ASGI (Association for Juridical Studies on Immigration) and Naga.

The measure issued by Sara Casanova implied that families from outside the European Union had to prove their assets (especially real estate) both in Italy and in their home countries in order to access the lowest rates for school canteens and bus services for their children. A plethora of documents and certifications would needed to have been translated by consular authorities.

Many foreign children were ruled out of school meal and bus services as a result of the regulation. However, when the case became a matter of national concern, the group Equal Duties was formed on the initiative of many citizens and funds were raised to allow almost 200 foreign children to receive school meals at the top rate.

A first victory over discrimination

Although the ruling by the Court of Milan is only a first-tier judgement - and two additional tiers are still available to challenge the decision - it amounts to a real first victory over discrimination.

Equal Duties says: “For the first time the right-wing local government has been defeated and its discriminatory decisions, which raised national concerns, have been finally quashed.” The wording of the pronunciation is noteworthy, with the judge making clear reference to “a discriminatory and differential treatment reserved to foreign people, which stems from an authority [the Local Governemnt of Lodi] which has no competence over this matter”.

The mayor of Lodi and her team of lawyers are currently evaluating as to whether file an appeal against this decision. 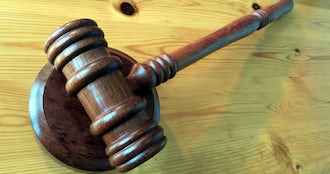 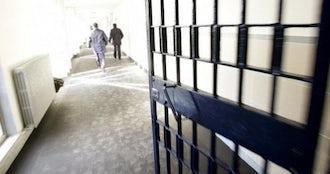 October 28, 2019 • by Italian Coalition for Civil Liberties and Rights
Six prison officers working at the Lorusso and Cutugno prisons have been arrested in Turin, on suspicion of having repeatedly tortured prisoners between April 2017 and November 2018.