Anti-democratic governments don’t like NGOs. They help the public keep an eye on whether politicians are misusing public money or breaking the law. They help the public get organised and make their opinions known to our representatives, for example through petitions or peaceful protests. And they take governments to court when they try to take away our rights or steal our taxes.

Because NGOs are so important to democracy, governments all over the world created international rules to protect them. Treaties signed up to by all European governments at the United Nations and the Council of Europe give everyone the right to create organisations, protest peacefully and express their opinions.

But recently, some EU governments, for example in Hungary, Poland and Croatia, have begun trying to force pro-democracy, civil liberties, anti-corruption and environmental NGOs out of their own countries. There are three common tactics used by governments. First, trying to destroy their reputation with the public by accusing them of being unpatriotic and undemocratic. Second, taking away government funding and making it harder to receive donations from abroad. Third, harassing them through criminal or tax investigations on fabricated charges.

In this explainer we give you the basics so that you can understand why NGOs are vital to democracy.

What is an NGO?

NGO stands for non-governmental organisation. Usually, the term NGO refers to an organisation that is independent from the government and that works to promote the well being of everyone in society. Typically, NGOs work to protect the environment, fight corruption, stop governments misusing their powers to abuse vulnerable groups, and protect our liberties and freedoms from government interference.

Sometimes other terms are used to refer to NGOs, such as a ‘not-for-profit’ or ‘non-profit’ or ‘civil society’ organisation.

Why are NGOs important?

NGOs help democracy work properly. They do this by making it easier for people to get information about how their country is being run, helping the public communicate with politicians, and making sure that governments do not abuse their powers.

First, NGOs help to educate the public about what governments are doing and how it can affect them. By informing the public about how politicians and companies are using their power and influence, NGOs help the people form opinions and take decisions based on all the relevant information.

Second, NGOs help the public talk to governments. The public is only able to choose its representatives once every few years. Once in power, politicians take hundreds of decisions about laws, taxes and policies. NGOs give the people a way of telling our political representatives what we think of their choices. Although each individual can write to his/her political representative, expressing our views through an NGO can be more effective, because when many people speak with one voice, it is easier to be heard.

NGOs explain to governments the views of the people they represent, for example, people with disabilities or older people or people who do not agree with nuclear energy. NGOs also try to make sure that governments don’t break the promises that they have made in their constitutions or in international treaties, for example, to protect the environment, pay workers fairly, or allow free speech. When NGOs are working to make sure that governments keep to these legal obligations, they are helping to safeguard democracy and the public interest. This is because when governments put rules into their constitution or into a treaty, the process usually takes many years. Governments do this when they have agreed that these rules carry great importance because they serve the general public good.

Third, unfortunately, governments do break the law. When this happens, NGOs can take the government to court. This way, NGOs make sure that governments do not misuse their powers and break constitutional or internationally agreed rules that have already been democratically agreed to.

Where do NGOs get their money from?

NGOs get their money from a combination of places. These include donations from the general public, from governments, from international organisations and from philanthropists.

It is difficult for most NGOs to survive on small donations from the general public alone. Most NGOs cannot afford to invest money on fundraising campaigns by sending people into the streets, buying advertising space or using call centres to collect donations over the phone. Usually NGOs, especially smaller ones, want to use all the money they get to hire experts to work on their main cause.

Often NGOs get some money from their own government. Sometimes governments give NGOs money to provide a service, for example, to give legal advice to someone who has been mistreated by their employer and cannot afford to pay for a lawyer. Sometimes governments give money to NGOs who represent particular groups, like people with disabilities, because politicians want to make sure that when they make laws and policies, everyone who could be affected has a chance to speak. Giving funding to NGOs that represent the views of particular groups can make it easier for governments to collect all the relevant opinions and expertise. Governments need this information to make laws and policies that are effective and don’t accidentally harm certain groups of people. Sometimes governments give money to NGOs that keep a watch on them to make sure that they stick to their promises contained in constitutions or international treaties.

Although it might seem that governments are acting against their own self-interest by funding NGOs, this is not necessarily true. Governments are supposed to act in the interests of the general public and are always tempted to misuse their powers. By supporting NGOs, they can help to make sure that there is someone there to remind them about their obligations and help them make laws and policies that serve everyone. Democracy means rule by the people, not just rule by the majority, or the biggest group in parliament. This means that although governments should try to keep the promises they made to their voters, they also need to take into account the interests of the public as a whole, including opposing views.

Government funding can become a problem if politicians have direct control over which NGOs can receive donations. For this reason it is important that government money for NGOs is given out by an independent body that bases its decisions on impartial criteria. Unfortunately, in some countries, politicians have taken direct control of who gets money. This is dangerous because they may feel that they can no longer speak honestly and criticise the government when they need to.

It is not unusual, as happens with some EU countries, for NGOs to receive money from other governments. For example, Norway, Iceland and Lichtenstein have been helping to fund NGOs in former Communist countries to promote democracy, equality, civil liberties and fight corruption for many years. All EU governments fund NGOs in countries outside Europe to do similar work. Similarly, many businesses, celebrities and entrepreneurs have decided to use some of the money they have made to help NGOs work for many good causes, like public health, the environment and human rights. A few examples of these include Bill Gates, Bosch, Ford, Leonardo DiCaprio and Google.

Who do NGOs represent?

Some NGOs represent particular groups. For example, in most countries there are NGOs that speak for children, parents, women, or older people. Some NGOs speak for more general public interests that the government has decided are worth protecting. These public interests are often protected by national constitutions or in international treaties. For example, the European Convention on Human Rights lists rights like the right to vote and free speech, and all governments in Europe have made a legally binding promise to protect these rights. Similarly, NGOs working on the environment or that are trying to stamp out corruption are usually just trying to make sure that governments stick to the promises they have made to use their powers for the good of all society. In this way, NGOs are representing the whole of society because they are trying to make sure governments stay inside their democratically agreed powers.

Join our campaign and show your support for independent NGOs! 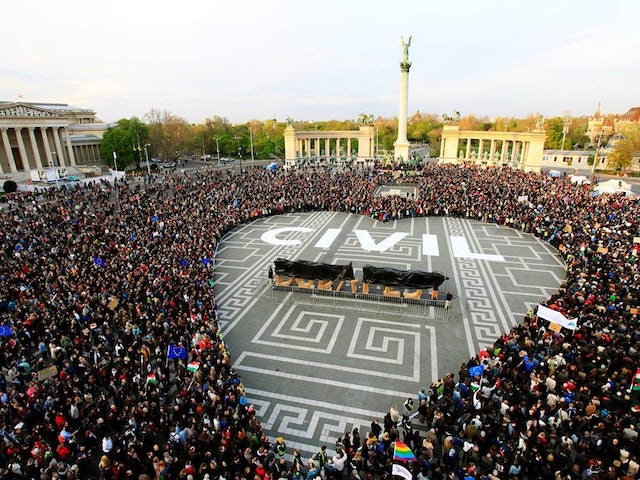 October 22, 2019 • by Gábor Medvegy, Hungarian Civil Liberties Union
The fight against the act stigmatising Hungarian civil society organisations has entered a new phase: on 22 October the Court of Justice of the European Union will hold a public hearing on the case. 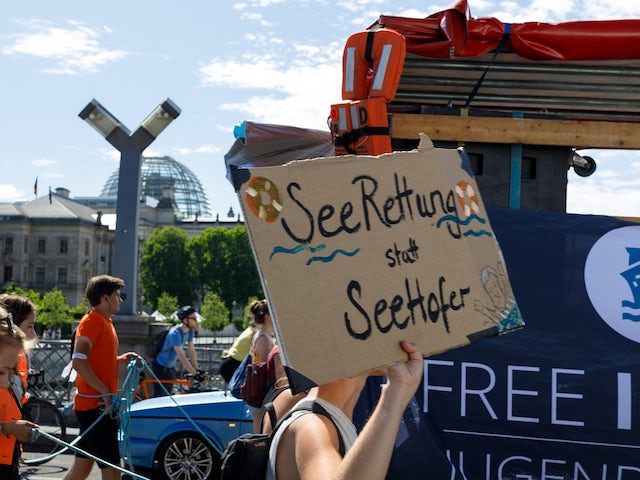 April 01, 2019 • by LibertiesEU
On Saturday, thousands of people demonstrated all over Germany against the criminalization of sea rescue organizations and the new proposal by Interior Minister Horst Seehofer, which threatens civil society actors who publish upcoming deportations date...