A legal opinion on the package of new bills on public media, which creates a national media service, has been prepared by the Helsinki Foundation for Human Rights.

Media laws recently approved in Poland place public radio and TV under a new national media council. These regulations and the method of their preparation are highlighted in the recent opinion of the Helsinki Foundation for Human Rights. The package of regulations was lodged by MPs instead of the government, which made it possible to bypass public consultation during the formulation of the regulations.

This was done despite the fact that public opinion is essential, and the people should have the opportunity to engage themselves in the process of changes in public media at the later stages of legislative process.

"The lack of public consultation and the non-transparent method of preparing the laws are the obvious guarantees of a negative response of the proposed changes, even if single regulations could be seen as positive," reads the HFHR's opinion. 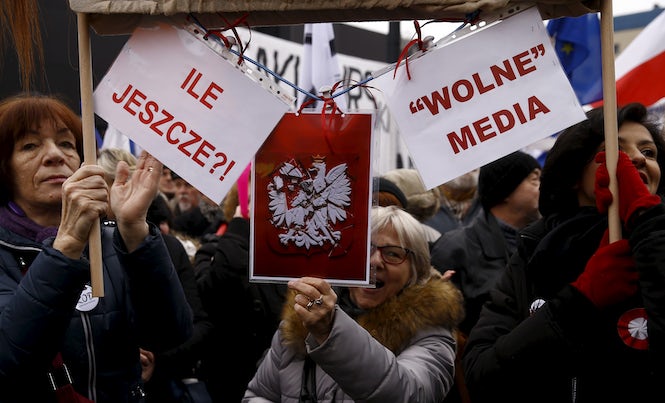 The HFHR’s concern arose from the definition of the public mission of the new package, which does not include any mention of pluralism, independence or an apolitical aspect of public media. The absence of any prohibition on hate speech is alarming, as is the introduction of several ambiguous notions, such as "national tradition" and "patriotic values."

"We also question an obligation imposed on public media to broadcast statements of the marshal of the Sejm, the marshal of the Senate, and the president and prime minister of Poland. Such expansion of entitlements raises doubts regarding editorial independence of public media. Consequently, it would be justified to limit that obligation to ‘those statements that concern important national issues’ that are not personal opinions of people in power," said Dominika Bychawska-Siniarska, a lawyer at the HFHR.

In the HFHR’s opinion, the regulations do not respond to technological progress, especially the growing role of the Internet. The law should regulate rules of functioning of public media web platforms.