My City, Real World is a project launched by the Open Society Foundations in 2010 to identify, create and promote innovative mechanisms by which young people can advocate for fair and just policing. From June 26-28 of this year, the Northern Irish organization Public Achievement hosted in Belfast a conference to share good practices and connect like-minded activists in the field of discriminatory, violent and abusive policing. The European delegates came from Berlin, The Hague, Budapest, Paris, Stockholm, Barcelona, London, Munich, Amsterdam, Belfast and Madrid.

It was evident to the participants of the conference that bias in policing is a pandemic issue all over Europe, impacting different communities. Homeless are often criminalized, and we learned from A Varós Mindenkié, the group based in Budapest, that the best way to advocate in this field is raising the voices of those affected. In Spain, Germany and Sweden, discriminatory policing happens in the context of migration control (Arena Idé just published this year a very interesting report on this issue). Roma people are unfairly targeted all over Europe: the Swedish Roma youth association Unga Romer has to deal with the Roma census created by the police; the Hungarian Civil Liberties Union continues to challenge the abusive fines imposed by police on the Roma community. The Spanish LGBT Federation alerted about the lack of adequate police practices to combat homophobic and transphobic hate crimes and protect victims of these crimes.

The event was also a platform to share strategies of change. Both the Catalan organization SOS Racisme Catalunya and the Berlin campaign against police violence Kop provide assistance and empower victims of racial profiling. Videos have proven to be a useful tool for raising awareness. The London-based group Fully Focused, born during the riots and subsequent conflicts with the police in 2011 because they disagreed with how the mass media was telling the stories of the young people involved, filmed a great documentary called Riots from Wrong. DoeTank, from the Netherlands, launched a documentary last year that showed how, in identical situations, police would only stop non-white people (it was filmed with a secret camera incorporated in sunglasses). Social media and new technologies are also used in the campaigns against unfair policing. In Paris, the project Tweets 2 Rue makes visible the situation of homeless people and the campaign Stop Le Contrôle Au Faciès has just launched a web and smartphone application to report discriminatory policing.

These and other great initiatives were shared during the conference. The delegates agreed that it was extremely useful and inspiring to know about the campaigns launched in other cities and were ready to create a global informal network against unfair policing. 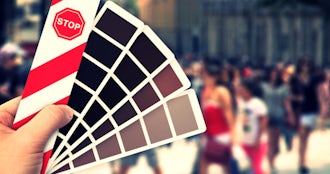 July 03, 2018 • by Nederlands Juristen Comité voor de Mensenrechten
In early May, a man arrived at Eindhoven Airport and was taken for an extra check, together with another black man and a black woman with children. All white people around him were allowed to pass unchecked. 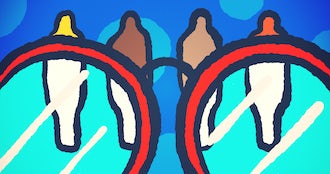 Solutions to the Use of Racial Profiling by Police