GENDERDOC-M, a longtime partner of Civil Rights Defenders, launched the LGBT Community Festival "Moldova Pride 2017" running from May 16-21, 2017, culminating with a Pride Parade that took place in the country’s capital, Chisinau, on Sunday entitled "NO FEAR."

The week of events was aimed at increasing the level of visibility, respect and acceptance for LGBT people in Moldova, who have often been discriminated against, marginalized and subjected to hate speech and physical attacks.

"Since the historic passing on the Law Ensuring Equality in 2012, this year’s pride parade will now become the fifth time that an authorized solidarity march will have taken place in Chisinau. Together with the LGBT community in Moldova, we have struggled but triumphed and each year the number of participants has grown as well as international interest and support. It is essential, though, that we do not become complacent, as homophobia is a real virulent problem today in Moldovan society, and that is why it is all the more important that we ensure our visibility to ensure the rights of the LGBT community," said Anastasia Danilova, executive director of GENDERDOC-M.

Pride Week began on Tuesday, May 16, with a host of events arranged over the six days with some notable highlights, including a photo exhibition entitled "NO SILENCE" by Carolina Dutka, a project dedicated to the LGBT community in Moldova, although its viewing is forbidden in the breakaway region of Transnistria. Several conferences and a theatre performance were also on the agenda together with the release of a report on anti-LGBT hate speech.

During the past year, local mass media materials on LGBT issues in Moldova have been monitored and analyzed. The outcome of this analysis was presented at one of the conference. More than 10 embassies marched in the Pride Parade on May 21, as did numerous representative from civil society groups across Europe.

While there is little doubt that Pride Week in Moldova has grown in visibility and turnout over the past five years, there are worrying developments arising in the political sphere, especially when it comes to retrenching laws on LGBT rights. There are huge discrepancies between the enforcement of the Law Ensuring Equality (2012) and the most recent actions taken by the Moldovan authorities.

In April 2016, two legislative initiatives, Draft Law 180 on the repeal of Law 121 on Equality, and Draft Law 184, which suggests the sanctioning of propagation of homosexual relations, were put before the Parliament. Although both failed, their introduction has thrown the spotlight on the possibility of threats to and regression of fundamental freedoms, creating serious concern among marginalized communities like LGBT people.

In March 2017, the LGBT community faced similar challenges as a new legislative initiative was launched by the Moldovan Parliament that could criminalize homosexuality. The legislation would seek to introduce the concept of homosexuality as a "sexual perversion." Under the law, any kind of information distributed by the LGBT community would be prosecuted on the same basis as possessing pornography.

In addition to the above challenges, on May 18, 2017, the president of Moldova, Igor Dodon, posted on his official Facebook Page that he "is categorically against the march of the LGBT community, as it flagrantly contradicts our traditional values, Orthodox religion and morality." He went on to state that: "They cannot and will not be accepted by me, nor by the whole of society."

The LGBT community in Moldova, which has fought for so many years to attain the Law Ensuring Equality, is very concerned by the statements of such a high-ranking official, and his actions "represent an abusive interference to the private life of the LGBT community, while also neglecting to take into account that the right to freedom of assembly is guaranteed under the constitution of Moldova," said Gheorgina Drumea, executive director of the Non-Discrimination Coalition of Moldova (CND).

This is not the only hate speech directed towards the LGBT community, according to Drumea. With the launch of the festival, social networks began calling for counter demonstrations against the Pride Parade.

While things have improved, there is still the threat of counter demonstrations and hooligans who often incite actions against the LGBT community and their supporters. The laws unfortunately do not hold accountable those who incite hatred on the grounds of sexual orientation.

Gheorgina Drumea says "that in conclusion, we would like to mention that if the president of Moldova has decided to choose this way to divide society and ignore the equality of rights for each human being, we expect a considerable regression in ensuring respect for human rights and freedoms guaranteed under a number of International conventions to which Moldova is a party to."

For further details on the human rights situation in Moldova, please click here to access the Country Report compiled by Civil Rights Defenders. 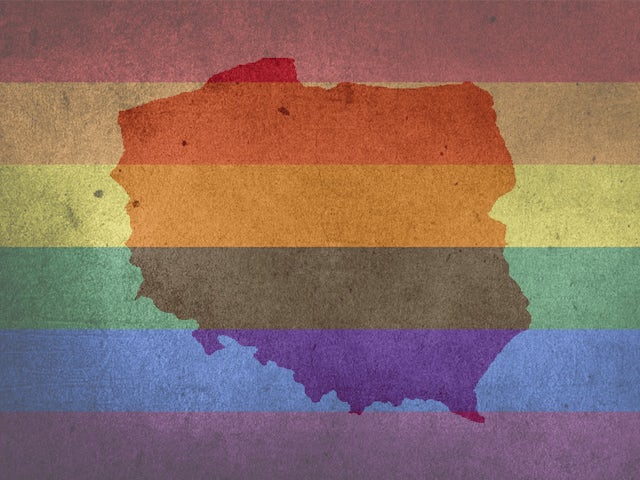 May 09, 2019 • by LibertiesEU
The far-right populist government has manufactured a new enemy: the LGBT community. But as polls show increasing support for same-sex couples, will the government's scapegoating translate into success at the ballot box?
You need to accept Functional Preferences Cookies to see this content.

Poland Needs To: Get a CLUE. Have a Laugh.

May 09, 2019 • by LibertiesEU
Election season means photo-ops, hand shaking and baby kissing. And in Poland, scapegoating the LGBT community.