What is the Italian Coalition for Civil Liberties and Rights?

The Italian Coalition for Civil Liberties and Rights (CILD) is a national network of civil society organisations that was founded in 2014. Its objective is not only to ensure the protection of civil rights and freedoms guaranteed to all by the Italian Constitution and international conventions and treaties, but to expand them also.

When the mandate of CILD’s former president, Patrizio Gonnella, expired, the future of the organization was entrusted to Arturo Salerni, who became the new President.

Salerni is a prominent Italian lawyer, who has always fought to defend human rights, and who is known to have participated in historical cases such as the Abdullah Öcalalan case and the CONDOR trial.

Arturo Salerni in interview with Liberties

Q: You have accepted this new challenge, which is not the first of your career. What do you expect to achieve, what are your goals?

A: The main objective is to consolidate the work already done by CILD. Its members have worked very well throughout the years. This coalition has the merit of having built a network of mutual help between several associations that are currently facing multi-pronged difficulties. An important goal achieved by CILD was to gather different resources and skills to enhance and fight common battles.

Q: On December 10, 1948 the General Assembly of the United Nations adopted the Universal Declaration of Human Rights, under which the dignity of each person was recognised and enshrined. Today, more than 70 years on, a climate of strong intolerance and hatred towards minority groups such as immigrants, LGBT communities and members of religious minorities is emerging and unfolding in Italy. Do you think the responsibility must be attributed to politics or is it due to the historical stance we are facing?

A: This phenomenon does not concern only our country, but it has an international outreach. Both cultural and social retreats were probably caused by two major factors: the 2008 economic crisis, and the lack of political prospects that has existed for decades. In this situation of strong uncertainty, xenophobic, racist and bigoted attitudes can prevail. The general picture is certainly bleak but we must strive to maintain the conquests we have already made and move forward. What we will certainly have to do in a few years will be to connect the civil rights battle with the battle for social rights. Ensuring social emancipation, and fighting against inequality, cannot be separated from the struggle for human rights.

Q: In July the decision of the first Assize Courts of Appeal about the CONDOR trial will be released. How hard was it to get to the truth?

A: The problem with processes like that in the CONDOR trial is that they occur decades after the facts of the case and concern the “desaparecidos”, and the allegations can be incredibly difficult to prove during a trial. We must also consider that these things happened more than 40 years ago, on the other side of the world in South-America, even though the process is relevant to Italy. Given these difficulties, I have to stress how much effort everybody involved put into the case. Primarily I’m referring to the Italian Ministry of Justice, then the organisations of families of the victims, which made important contributions, and finally by many jurists and researchers. Thanks to these efforts the truth has been made public.

The defendants will probably not all be punished, but it is still important to underline that the trial is historically significant, since for the first time a European court (the Court of Rome) has acknowledged the existence of operation CONDOR, affirmed the criminal responsibility of this repressive transactional network, and sentenced the main perpetrators for committing crimes against humanity.

Our involvement is to affirm the responsibility of those who determined the seizure, torture, murder and disappearance of casualties of tens of thousands of people, although the Italian victims only numbered a few dozen people. The pain of families who have even been deprived of the possibility of knowing where the remains of their relatives are was the gasoline that everybody put in the engine of this battle.

Q: You were also famous for being Abdullah Öcalalan’s lawyer. Beyond this, what other battles have you been attached to?

A: The Öcalalan case, unfortunately, is still going on. For several years he has been in a state of absolute isolation, since international bodies have not had effective answers despite the inhumane and degrading treatment, which is prohibited by international conventions. He has neither been authorised to see his lawyer, nor his family, for several years. He is currently a prisoner on Imrali island and he is not even allowed to mix with other inmates.

The Öcalalan trial is representative of the Kurdish people’s struggle, and it gains even more importance if we think that it could be a paramount importance both for the solution of Kurdish issues, and for the democratisation of the Middle East as a whole (since Kurdish society has developed a democratic political stance).

The other battle we have been facing in recent years is the one for the new “desaparecidos”. We need to fight this to stop the slaughter that is taking place along migrant pathways, especially in the Mediterranean Sea. One of the processes we will start in June is about the sinking of a Syrian ship in October 2013, which tragically resulted in the death of 289 people, including 60 children, who Italian authorities failed to rescue. Both a naval officer and a Coast Guard have been tried for 289 negligent homicides. A few days ago families of some of the victims went to Rome to be received by Pope Bergoglio in the Vatican.

At 12:26 pm on 11 October Mohammed Jammo, a Syrian doctor who was fleeing Aleppo, called the Italian Maritime Rescue Coordination Centre for the first time. This centre is based at the Harbour Master’s Office in Rome. He said, "We are letting on water, we are in danger, help us". In the night two Libyan boats, Jammo explained on the phone, shot at them. Despite this warning, the Italian Coast Guard ignored the request for help as the Italian Maritime Authority was talking to Maltese officials about who was responsible for dealing with the emergency.

As the boat took on more and more water, an Italian Navy ship approached slowly but remained in a holding pattern, waiting for clear orders from Rome to intervene. The vessel capsized at just after 5 pm after five hours of unnecessary waiting since the first (useless) call to the Coast Guard.

At least two hundred and sixty-eight adults and sixty children died, almost all of whom fell into the sea never to be found again. The Maltese patrol boat only arrived at the scene of the disaster at 5:51 pm. The Italian ship, Libra, which arrived even later, at 6 pm, managed to pull 212 people out of the water. After these facts, the Rome Public Prosecutor claimed that the behaviour of the Navy officers was lawful. On 3 April 2014, the filing of the four suspects was requested. For the Public Prosecutor the officers were not aware of the real danger on board the fishing vessel. Despite the assessment of the charge, the Judge for Preliminary Investigations in Rome decided that the trial for the shipwreck of 11 October 2013 should have continued. 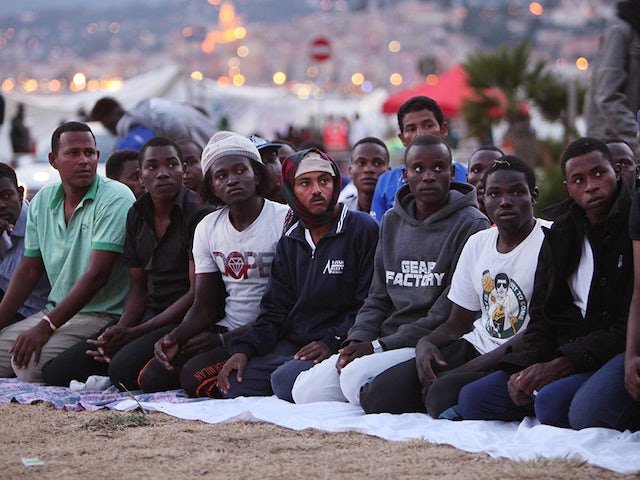 May 04, 2018 • by Vittoria Scogna, Italian Coalition for Civil Liberties and Rights
In April, three Italian rights groups presented a dossier detailing all the irregularities and violations that have occurred inside the Lampedusa hotspot and other migrant centers. 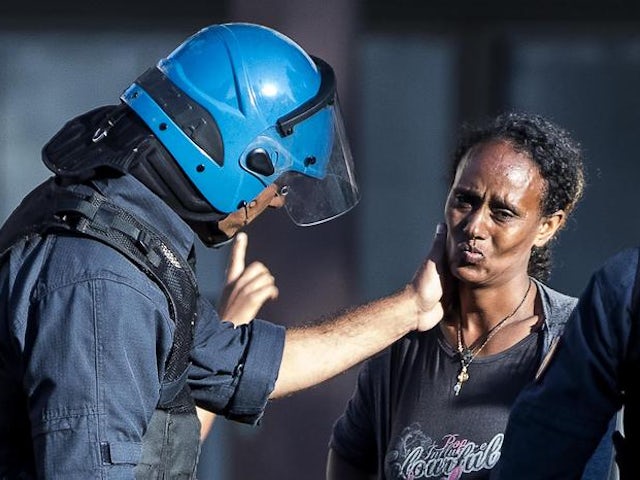 April 13, 2018 • by Giulia Buosi, Italian Coalition for Civil Liberties and Rights
The police evacuated a building in Rome without first securing alternative shelter for those who were evicted.