France's former economic minister, Emmanuel Macron, created his movement En Marche in the summer 2016 and made his way to the president's office at the Elysée just a few months later. At 39 years of age, he is now the youngest leader of a democratic country.

It is well known that Macron's views are liberal and pro-European. But what are his non-economic proposals, in particular regarding human rights?

Used for the first time in 1955 during the Algerian War, the state of emergency order was invoked by President Hollande after the terrorist attacks of November 13, 2015, in Paris. Renewed by the Parliament ever since, the ongoing state of emergency has many critics due to the human and civil rights violations that arise under it, as well as because of it inefficiency in preventing further attacks.

It was an issue at the heart of this year's presidential debates, but it is nevertheless unclear if France will drop it any time soon, as Macron declared during the campaign that it will be lifted "when the circumstances allow it," without giving any further details.

On the subject of the fight against terrorism, the new president said he will focus his strategy on the external borders of the Union, by creating an anti-ISIS intelligence section of the DGSE (General Directorate for External Security). He also pointed out the importance of deradicalization centers to help those who may want to leave for Syria.

On the subject of religions and laicity, Macron has a very traditional view, basing his stance on the 1905 law that created the secularization of French society and the definitive separation between church and state.

Indeed, he is for a "reasonable expression of the freedom of religion in the public space," but also for a real neutrality of public services, by the creation, initiated in primary schools, of neutral public functionaries.

On the matter of Islam, Macron is for the closing of places of worship or associations that "make apologies for violence, terrorism or would like to attack the Republic." This is a declaration that could, according to Amnesty International, lead to violations of international rights, as the formulation “attacking the Republic” is far too vague to justify the dismantling of association of the closing of a place.

In saying that "welcoming refugees is a duty for France," Macron also reminded voters that integration is the priority for the 210,000 migrants who arrive in France each year.

Indeed, he is against the destruction of shantytowns, because without an alternative solution, these destructions are "an action as hypocritical as they are expensive and ineffective."

He proposes offering migrants French classes until they reach a B1 level, and he suggested these language classes could be a condition to obtain French citizenship.

But the major proposal he made on immigration is the reduction of examination time for asylum seekers, reducing the wait from over a year to six months, achieved in large part by creating new courts in different regions of the country (the only tribunal that currently handles these matters is in Paris).

For Amnesty International, this measure is obviously positive because it will reduce the time and means necessary for asylum seekers to get through this painful procedure, but at the same time they raise concerns: this measure could be dangerous for human rights if the reduction of time to examine the files isn’t followed by an appropriate increase in material and human means.

For Le Monde, Macron’s positions on Justice are hardliner but simplistic at the same time. The key measure in the judicial area is the "systematic application of penal sentences," even for minor offenses (sentences of less than two years of incarceration).

Indeed, he plans to increase the number of available places in prisons by 15,000.

Nevertheless, he also admitted prison isn’t always the best solution and declared that he would like to create an agency for alternative measures to prison and encourage the development of community service work.

In practice, Macron wants to increase controls on businesses in order to make sure women aren’t victims of hiring discrimination or aren’t paid less because of their gender. He would like to put in place a "name and shame" policy and publish names of firms that do not respect the law.

He also wants to create gender parity within public institutions, starting with his own government.

As 95 percent of French female users of public transports have been assaulted at least once in their life (according to an online survey by MadmoiZelle.com), Macron wants to take "necessary measures" for women’s safety, both in the public and private spaces.

For Macron, the fight against discrimination and homophobia should be a national priority. In that sense, and despite some controversial declarations about the "humiliation" of the anti-gay marriage group La Manif pour Tous, Macron has no intention to abrogate or modify the Taubira law.

On his official campaign website, he addresses all types of families and acknowledges natural or assisted procreation and adoption as having the same rights and dignity. He is for the right to assisted procreation for single women as well as lesbian couples, but against surrogated pregnancies (on grounds of "ethical reasons about women’s dignity").

Nevertheless, France recently refused to add "neutral" as a gender on official documents, and changing gender is still a very complex process, to the point of being almost impossible. These are issues on which Macron has never expressed any opinion, as he has never said a thing on transgender rights.

In France, intelligence laws from July 2015 legalized the indiscriminate surveillance of online private activities, without any judicial control. Macron declared he wanted to renegotiate the Privacy Shield agreement with the US and has said we can’t have generalized surveillance of citizens in a democracy.

He also told Amnesty that he intends to guarantee the protection of personal data through the creation of an European agency dedicated.

September 12, 2019 • by LibertiesEU
Europe’s microstates offer fun, sun, glitz and glamour. But some of them are also among Europe’s biggest rights violators, especially when it comes to women’s rights.​ 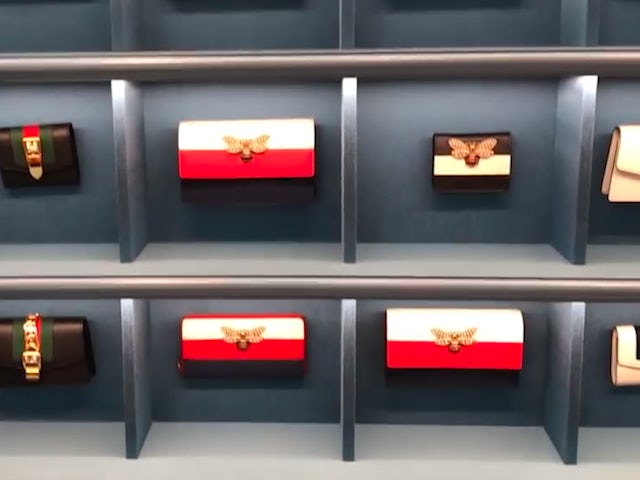