To determine the perception of violence against women among the Lithuanian public, a public survey was carried out in 2017. The findings were twofold: although the majority acknowledges the need to help affected women, many still blame the women themselves for the violence.

The study initiated by the Seimas Equal Opportunities Ombudsperson’s Office asked respondents about which forms of violence come to mind when thinking about domestic violence. The results showed that violence was most often associated with physical aggression from the partner (72%), such as shoving or slapping. This can be relatively easily explained by the prevailing practice of only asking for help when the violence becomes physical. Help is not sought in all cases due to lack of evidence, which means that the other forms of domestic violence are hard to notice and acknowledge as such.

The above was corroborated by the results of the public perceptions survey. For example, only 1 in 4 respondents talked about psychological violence against women, with only 6% mentioning sexual violence. There was no mention of economic sanctions, such as cutting women off from the family’s budget. The "subtler" forms of violence against women were more likely to be noticed by the more well-off residents of large cities – people from a higher income and education group.

When presented with specific situations, it became apparent that many viewed systemic violence through a selective lens. Ninety-three percent of all respondents thought that hitting a woman’s face to shut her up during an argument was violence. Eighty-two percent thought that forcing the wife to have sex with you when she didn’t want to was violence, but only 1 in 2 Lithuanians thought the same of forbidding the wife from working because the husband earns enough and she has a duty to look after the home and children. Forty-one percent did not see this as domestic violence. In a 2016 Eurobarometer survey, the same situation was seen as justifiable by 35% of the population. Economic dependence on men remains the most justifiable form of violence against women.

Women themselves to blame for the violence?

Even though some forms of violence are seen as more serious, at least there is consensus that victims should receive professional assistance. Over 90% of respondents believed that doctors and children’s rights professionals should provide possible female victims of violence with information on what to do, and 85% thought they should also inform the police about the situation. In essence, there was agreement that women wishing to break up with or divorce violent men should be supported (95%).

However, 1 in 2 respondents tended to shift the blame for their situation to women. The results suggest that every other Lithuanian thinks that women who have experienced violence know what kind of relationship they’re getting into (51%), that women generally tend to "lay it on thick" (53%), and that they themselves tend to provoke outbursts of violence (53%). An overwhelming majority agreed that if they want, women can always break up with or divorce violent men (85%).

A model that not only sees women as the cause of violence, but also operates on the notion that they have every opportunity to leave their perpetrators, is victim blaming – the study showed that this is the prevailing opinion in society. However, we shouldn’t forget that women often feel helpless in the face of systemic violence due to loss of self-esteem, lack of financial means, internalized feelings of shame, and fear for their as well as their children’s health. The solution to violence against women requires each of us to be aware of and responsible for the people that surround us.

The representative survey of Lithuanian residents was commissioned by the Equal Opportunities Ombudsperson’s Office and carried out by RAIT in June 2017. This survey is part of the project "Stop Violence Against Women: From Raising Awareness to Zero Tolerance for Victim Blaming”. 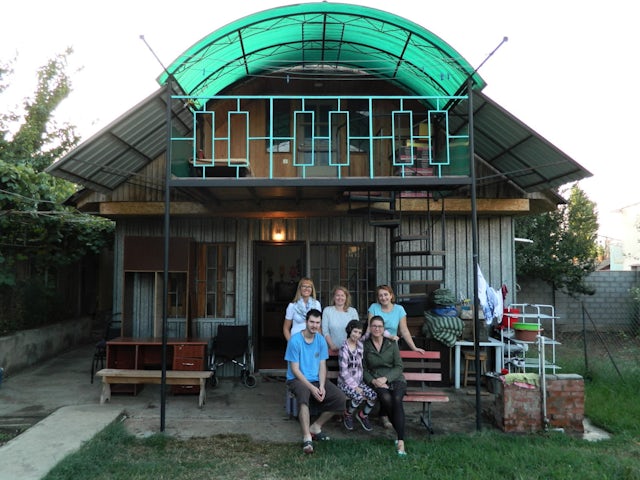