One of the most conspicuous xenophobic groups in the Czech Republic is "We do not want Islam in the Czech Republic" (IVCRN), which is active on the Internet and also increasingly organizes public demonstrations. This group is actually a subgroup of the Czech Defense League, which was first created through Facebook and now has a following of roughly 11,000. In its latest report, the Czech security service classifies the group as a dangerous one and accuses them of cyberbullying.

On its website, IVCRN describes itself as a defender of traditional Czech values from aggressive ideologies, specifically Islam. The site states: "Islam in its basic texts clearly does not value the equal rights of people, namely: restricting women or non-Muslims in a way that tolerance and freedom for Islam means the end of freedom and tolerance as such." Critics argue that such statements generate an impression that Islam in general is an obstacle to peace.

Participants of IVCRN demonstrations gather under Czech flags and banners reading "Wake up, Europe!" or "Moderate Islam does not exist" or "Islam is evil." The most recent event was also attended by politicians, and not just from the extreme right: the vice-president of a traditional Czech center-right party stated during one of their recent demonstrations, referring to the recent terrorist attack on Charlie Hebdo: "I wish that the representatives of the Muslim community in the Czech Republic were here today with us and distanced themselves clearly from what is happening in Europe and the world." He then told demonstrators to defend the country against Islamic ideology because it is incompatible with democratic principles.

These protests are regularly countered by demonstrations against Islamophobia. Human Rights Minister Jiri Dienstbier said of a recent far-right demonstration: "It's an unnecessary induction of fear and hatred, because we have not had any Islamist threat in the Czech Republic. Grouping people by the principle of collective guilt, which applies here, is very dangerous."

Muneeb Hassan Alrawi, chairman of the Center of Muslim Communities, agrees with the minister's words about collective guilt. According to him, Muslims in the Czech Republic faced death threats, mostly by e-mail, following the attack on Charlie Hebdo.

Xenophobic Rhetoric Against Migrants on the Rise in Spain

April 10, 2019 • by Rights International Spain
The latest annual report of Spain's National Security Council highlights the need to counter xenophobic discourse against migrants. According to the report, the State must "initiate specific strategic programmes and measures to raise awareness of the p... 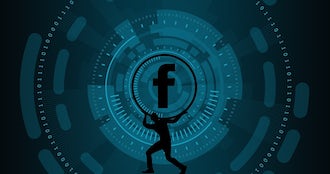 April 02, 2019 • by LibertiesEU
In an op-ed published in The Washington Post Facebook chief Mark Zuckerberg says the responsibility for monitoring harmful content is too great for firms like his to handle alone. He calls for countries around the world to pass new laws in four areas: ...