The European Commission against Racism and Intolerance (ECRI) has recognized the systemic nature of antigypsyism in Europe and pointed out the persistence of unconscious racism and structural discrimination as two factors that reproduce existing patterns of disadvantage which are "deeply rooted in the institutions, cultural concepts and power structures of European societies".

Institutional (or structural) racism or discrimination is characterised by (1) processes that are persistent and last in time; (2) situations that are beyond the control of one or more individuals; and (3) do not require intent and are often invisible. It produces mutually reinforcing patterns of racial inequality in society as it provides unequal access to goods, services and rights according to ethno-racial belonging. In addition, the existence of unconscious bias further reinforces this discrimination. That is, in certain circumstances, these automatic associations can influence individuals' decisions and result in discriminatory behaviour, even if the individuals are not consciously prejudiced.

The recently published research carried out in 2019 and part of 2020 by Rights International Spain as part of Proyecto Roma confirms that in those areas of the criminal justice system where there is greater discretion, there is also a greater risk of institutional racism and unconscious bias which can end up having a negative impact on the fairness of the criminal process. The research identified how institutional discrimination and unconscious bias affected the practice of different professionals in the criminal justice system resulting in discriminatory effects on Roma people. These include: the use of ethnic profiling; a greater propensity for the extensive use of pre-trial detention under the criterion of risk of repeat offending and in particularly sensitive cases or ones that receive a lot of media attention; or harsher sentences for Roma people on aspects such as compliance, evaluation of mitigating or aggravating circumstances or the suspension of the sentence.

A tool that can help end discrimination and racism

Rights International Spain believes that one of the steps that should be taken to end discrimination in general within Spanish institutions, and specifically in the justice system is to implement an Racial Equity Impact Assessment (REIA) in all areas of the Spanish administration. Better communication and relations between institutions and vulnerable groups and training in anti-discrimination for all professionals should also be promoted.

REIAs are a valuable because they are transformative, versatile, easy to adapt to different contexts, and simple (both of concept and use). Some countries are already using them to prevent discrimination, not only by public administrations but also in other fields, such as business, education and sports. They have been designed to minimize unanticipated adverse discriminatory consequences produced by rules, policies and practices and to find applied solutions to remedy them.

REIAs can be used both during the process of formulating a new rule or policy, and afterwards, which means both the real impact of rules and policies and the existing practices can be assessed. This type of tool places the groups potentially affected by the rules, policies or practices reviewed at the centre. REIAs constitute a great opportunity to give a voice to communities and groups that are invisible, as well as to build a stable and lasting relationship with institutions.

Roma people need to be better represented in public spaces

Experts often highlight this as a one of the keys that states should focus on: increasing institutional relations with these communities and groups as well as their representation in public spaces. A quick look at the composition of the different chambers of representatives in Spain should be enough to give us an idea of the long road ahead and the undeniable need to work on this, applying tools such as REIA.

This type of impact assessment focuses on three main aspects of the standards, policies or practices being evaluated: (1) scope: that is, the people and spaces they target or affect; (2) intensity: expected effects, impacts and results, as well as possible unintended consequences; (3) duration: short, medium or long-term impacts.

This makes it possible to address the discriminatory impact of structural discrimination, as well as possible unconscious bias that may appear. By revealing inequalities previously hidden in the system and proposing possible solutions or alternatives to mitigate them, the tool has great potential to transform the prevailing reality.

Although implementing REIAs widely, by both public and private actors, is a challenge in the medium to long term, Rights International Spain is committed to them, as they can help to reveal inequalities and in which solutions are proposed by the affected groups and communities themselves, promoting their visibility and value before institutional actors and society in general. This is a step towards the empowerment of these groups and towards the eradication of all forms of discrimination in our society. 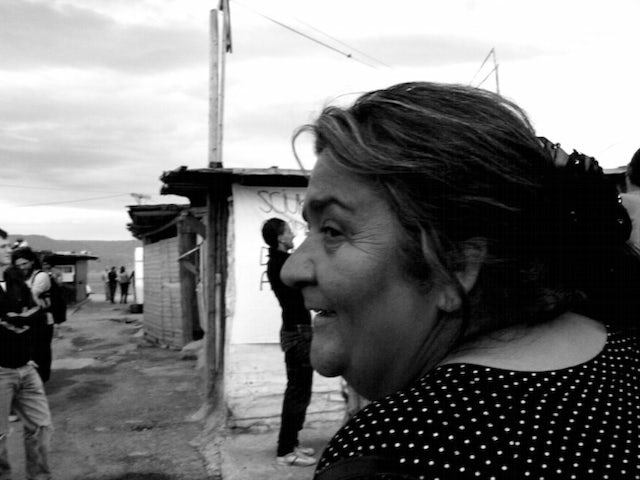 April 26, 2019 • by Chiara Liberati, Italian Coalition for Civil Liberties and Rights
​Associazione 21 luglio has presented its report "The margins of the margin", which details the array of difficulties and discrimination facing Roma people in Italy today.