Researchers have been looking at how the public behave over the internet. They conclude that ever since Edward Snowden told everyone that our security services were tracking everything we do on the internet, the public has started to treat it as a place with no privacy. In other words, many of us are starting behave on the internet like people behave when they are in a public place being watched. This tendency of the public not to speak out in the face of surveillance is referred to as the ‘spiral of silence’. Here are a few examples.

A 2014 survey that included four European countries showed that most people in the UK (60%), Germany (65%), Spain (66%) and France (76%) believe that the internet is not a safe place to express their opinions – in part because of government surveillance, and in part because of monitoring by businesses.

Twenty-five per cent of respondents to a survey in the USA who were aware of the government’s mass surveillance programmes said that they changed the way that they use technology to communicate, for example by no longer discussing their private life online, using search engines to look for information on certain topics or making jokes that could be taken out of context.

Another piece of research looks at how people have changed the way they use the internet by monitoring the number of visits to certain Wikipedia pages. The research looked at almost 50 Wikipedia pages that covered topics that the media reported were being tracked by the USA's National Security Agency as part of their mass surveillance programme. Researchers found that after the Snowden revelations there was a long-term drop of 30% in the number of visits to these pages.

Another researcher set up experiments to see how willing individuals are to express their political opinions online now that they are aware of mass surveillance programmes. This study found that members of the general public were likely to censor themselves online (in this case when using Facebook) and refrain from expressing political views that are not in conformity with dominant public opinion or accepted rules.

The evidence is pretty clear: mass surveillance is killing the kind of research and discussion over the internet that is vital for democracy to function. 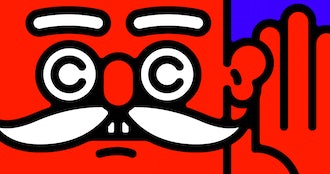 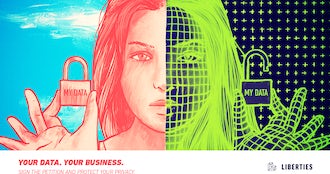 Quiz: Digital Rights in Numbers for 2019

December 20, 2019 • by LibertiesEU
Data is king and this is especially true for online advertisers. Are you aware of the vast amounts of data we give away for free to advertising technology companies in return for invading our privacy? Try our quiz to find out!