A protest in the refugee camp in Harmanli, Bulgaria, on November 24, 2016, turned into a riot that was suppressed by more than 300 policemen.

The reason for the rebellion was the recent quarantine imposed in the camp by the State Agency for Refugees (SAR), which feared a spread of diseases within the camp and the nearby community.

During the unrest, many asylum seekers destroyed property and threw stones at police officers, who responded with water cannons and clubs. Several police officers and refugees were injured - including a 15-year-old boy with severe skull fractures.

In connection with these events, the Bulgarian Helsinki Committee (BHC) poses the question, "Who needed this escalation?"

Who stirred up rumors and misinformation about the risk of infection and spread of disease, despite Bulgaria’s Chief Health Inspector stating categorically that there is no such risk to the population of Harmanli?

Who forced the SAR to lock up the whole refugee camp, effectively confining the refugees, although quarantine could easily have be imposed only to certain facilities or people? Why did the authorities send an ultimatum demanding the immediate quarantine of the camp, without any preparation.

Why were no SAR staff, NGO representatives or volunteers there to explain to asylum seekers why the yard is being secured with barbed wire, and for how long?

Both SAR and the Interior Ministry announced that the investigation will find the provocateurs of the incident. For the sake of justice, however, the provocateurs must be sought among the representatives of the so-called "patriotic" far-right parties.

Those parties have staged demonstrations against refugees all over the country, and, in this case, they were allowed to speak on behalf of the entire population in Harmanli and the Bulgarian nation.

There are many possible answers to the question why this manipulation was carried in the style of the best totalitarian staging, but some stand out: 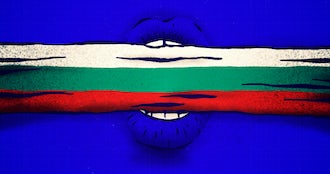