A client of the Helsinki Foundation for Human Rights (HFHR) has filed a lawsuit against the State Treasury, seeking damages for multiple violations at the National Centre for the Prevention of Dissocial Behaviours. We have called our client Joe to protect his identity. The violations Joe reported included a lack of access to adequate health care, contact with family being blocked and coercive measures being used, as well as keeping inmates in overcrowded rooms for prolonged periods.

The National Centre for the Prevention of Dissocial Behaviours, established in 2014, is a post-penal detention facility. Inmates at the facility are deemed to pose a threat to society due to their mental disorders, which are considered to create a high probability of them committing a serious offence punishable by at least 10 years of imprisonment. This means that inmates are detained after serving a prison sentence.

The law that introduced the facility was controversial. Its critics claimed that grounds for placing particular inmates at the Centre were ambiguous, and that detaining people at the centre would serve a repressive, rather than therapeutic, purpose. Another controversy was that the law allowed people to be detained at the facility even if they committed the crime before it came into force. Many commentators claimed that this violated the prohibition of retroactive application of law. However, in November 2016, the Constitutional Tribunal ruled that the law establishing the centre was constitutional.

The centre is overcrowded and inmates rights are often violated

While the law was being drafted HFHR argued that the proposed measures might violate constitutional and international human rights standards. HFHR also submitted an amicus curiae brief in the proceedings for the constitutional review of the law and represents one of the Centre’s inmates before the European Court of Human Rights.

Initially, the Centre was expected to host a small group of inmates, mainly comprising offenders condemned to death in the Communist era, whose sentences were commuted to 25 years of imprisonment under the 1989 amnesty law. Authorities claimed that the Centre’s inmates would be housed in good conditions, including single rooms. However, it quickly turned out that the number of inmates was much higher (it currently exceeds 60). At the same time, the Centre failed to expand its capacity to accommodate such a large number of detainees quickly enough. Because of this, there were periods when conditions at the Centre could be classified as overcrowded. Also inmates at the centre have their rights arbitrarily restricted, without grounds in statutory. The Ombudsman has repeatedly expressed his concern about the situation at the facility. The European Committee for the Prevention of Torture and Inhuman or Degrading Treatment or Punishment (CPT) has also criticised conditions at the centre.

Our client Joe was placed at the centre in December 2015 and has remained there ever since. His lawsuit is seeking an injunction against the State Treasury to ensure the violations he has been subject to cease as well as damages for past violations. Joe also filed for an interim relief requesting the centre’s authorities take certain action to prevent the violations of his rights during the proceedings.

Joe told us that his dormitory is about 27 square metres in size, of which a little more than 12 square metres is living space. There were six to eight inmates living in the room, including Joe, at any one time. These conditions can be considered as amounting to overcrowding and violating Joe’s right to privacy.

Joe also alleges that the centre’s personnel unreasonably interfered with his privacy when his wife and daughter visited him. The visits always take place in the presence of a security guard. Any physical contact is forbidden. Furthermore, each visit is followed by a body search which is recorded. There is no statutory basis for such measures.

Inmates have to take part in therapeutic activities, which include psychotherapy sessions during which their sexual life is discussed. Joe has complained that personal confessions made during such interviews are inadequately protected, as they are recorded in notes accessible to all of the centre’s personnel.

Joe also maintains that the leadership have prevented him from undergoing a medical procedure to remove an intramedullary rod he had implanted in 2015 after an injury. This rod causes Joe pain and discomfort that impedes his everyday activities. 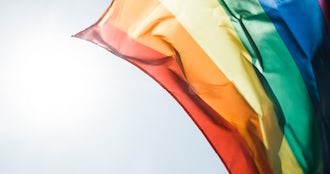 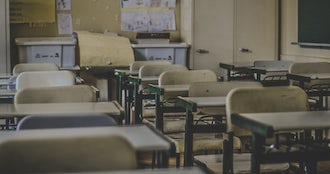