International journalists and human rights activists have filed a lawsuit against the Federal Intelligence Service Act at Germany's top constitutional court. An alliance of journalists associations and civil society groups is supporting their case. Liberties member Gesellschaft für Freiheitsrechte is part of the coalition and is coordinating the constitutional complaint.

The law, in force since January 2017, allows Germany’s Federal Intelligence Service (BND) to spy on foreign journalists and any non-German citizen using telecommunications. This form of mass surveillance destroys the trust between journalists and their sources. Because of this threat to their work, investigative journalists have decided to defend themselves by challenging the constitutionality of the law.

Among the complainants are the winner of this year’s Alternative Nobel Prize, Khadija Ismayilova from Azerbaijan, and the Mexican investigative journalist Raul Omos, who was a member of the international team of reporters that evaluated the Paradise Papers.

As non-EU citizens, their communications can be intercepted without restriction under the BND law, provided the interception protects “Germany’s capacity to act.” German citizens, however, are exempted and the Federal Intelligence Service is not allowed to surveil their communications, while there are some restrictions regarding the communications of citizens of other EU countries. The law therefore creates different degrees of protection depending on a person’s nationality.

The level of mass surveillance is further expanded by the explicit authority granted to the BND to share the information with other intelligence services.

Dr. Ulf Buermeyer, chairman of Gesellschaft für Freiheitsrechte, considers the practice of sharing information among intelligence services to be particularly dangerous. “The new law leads to a situation where the German intelligence service can no longer control the information of digital mass surveillance," he said at a press conference in Berlin on 30 January 2018. "On top of this, the law endangers journalists’ personal lives enormously. It is a great restriction to the freedom of press. We fervently hope that Germany’s top constitutional court will deliver a groundbreaking judgment that will end the unlimited surveillance by Germany’s intelligence service.”

In support of their constitutional appeal, the alliance has launched the public campaign #NoTrustNoNews.

The constitutional complaint was lodged in mid-December 2017. Since then, the lawsuit was filed at Germany’s top constitutional court in Karlsruhe. The date of the final judgment is hard to predict, but it could take two years or more before the verdict is released. 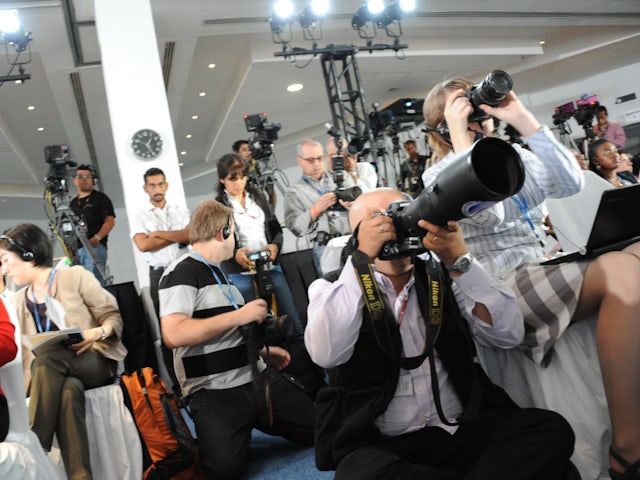 April 13, 2020 • by Eva Simon, LibertiesEU
Our representatives are meant to act in our best interests. When politicians know that they have to face independent journalists asking them to explain their decisions, they're more likely to make choices that put our well-being first.