The family was detained in Zeist on August 28 and set to be expelled. The children, Gláucio and Márcia, didn’t get children's pardons because of speculation that their father had been involved in war crimes in Angola.

Thirteen-year-old Gláucio was born in the Netherlands and has been living his whole life in centers for asylum seekers. His sister, eighteen-year-old Márcia, was born in Angola, but fled with her parents at the age of three. She doesn’t have any memory of her birth country.In fact, at the time of the family's detainment in Zeist, Márcia had just begun legal studies at Rotterdam Erasmus University.

The indignation over the family’s imminent expulsion was nationwide, and the Children's Ombudsman claimed it was "unacceptable." On August 31, State Secretary for Security and Justice Klaas Dijkhoff decided to allow the two children and their mother to remain in the Netherlands, but their father, given the doubts about his past, will not be allowed to stay.

Defence for Children’s Martine Goeman is very relieved and happy with the decision:

This decision shows respect for Márcia’s and Gláucio’s rights. We hope this case will initiate the restoration of the Children's Pardon Regulation and the assurance that children who are rooted in the Netherlands will no longer be run in in order to be expelled to a country they don’t know. Márcia and Gláucio are Dutch, from head to toe, and they belong here. Now they can get on with their lives and build their future in this country. At the same time, the family is broken because their father won’t receive a residence permit and we can’t be at peace with this.

Click here for more information about war crimes and the Children’s Pardon Regulation. 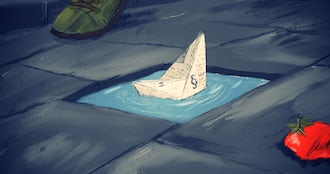 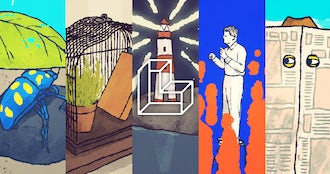 Can Human Rights Torpedo the Rise of Authoritarians?

December 27, 2018 • by Israel Butler, LibertiesEU
2019 is set to be an exciting and challenging year. The European Parliament will hold elections, and Liberties will be touring Europe to share our new book giving insight on why populists appeal to voters and how we can reverse their success.