The people of Estonia have been under a great deal of political pressure these past few months: despite the victory of the Reform Party in the recent parliamentary elections, the centrist prime minister, Jüri Ratas, proposed forming a coalition with the right-wing parties Isamaa and the Conservative People's Party of Estonia (EKRE).

EKRE has faced heavy criticism for its populist right-wing views and racist, anti-abortion, anti-immigrant and homophobic rhetoric. Various demonstrations have been held and civic activist groups formed, as many people are concerned about social division and weakened democracy.

Just before the parliamentary elections, Estonian Human Rights Centre experts thoroughly analysed the programmes of all candidates and parties and published the results on their website. The programme of the Estonian Centre Party was thorough in terms of human rights, including significant improvements on the citizenship situation of non-Estonians living in the country (mainly people of Russian nationality and holders of foreign passports). It was also the only party to include stricter regulation of incitement to hatred in their programme. The Estonian Centre Party also promised to pay greater attention to gender equality and to ratify Protocol 12 of the European Human Rights Convention, which would implement general prohibition of discrimination.

EKRE and Isamaa, the parties that have since been invited to join the ruling coalition, made few promises and weak proposals. Isamaa, which used to have strong human rights policies, entered the electoral process with proposals that would instead roll back certain important civil liberties. For example, their policies on refugees were not constructive but rather consisted of only political propaganda. Repealing the cohabitation law would adversely affect gay and lesbian couples, infringing upon their constitutional right to create and maintain families, with children in such families also being adversely affected. The parties intention to constitutionally define marriage as a union between a man and a woman would also encourage homophobia.

Many of EKRE's original pledges would put an end to Estonia's 28-year journey towards becoming a democratic country that defends human rights. Expelling refugees would jeopardise their right to life and would violate the prohibition of torture. Making abortion impossible under the public health insurance fund would harm women's rights to bodily autonomy. Also, deporting aliens who "incite national hatred" and revoking citizenships would threaten the fundamental freedom of expression and the right to a citizenship.

Considering the huge differences in the human rights platforms of the three parties, the Estonian Centre Party's decision to form a coalition with them has caused a huge public outcry.

Dissatisfaction with both the Estonian Centre Party itself, as well as the coalition it proposed is crystal clear. Every week since then there has been a new demonstration. An extensive social media campaign has been set up and a page #kõigieesti ("everyone's Estonia") has been launched. On 31 March, a large demonstration called "Yes to freedom, no to lies" was held to shine a light on fake news and manipulative rhetoric, and to stress the importance of liberal values and acceptance. On 14 April, the biggest demonstration up to that point was held on the song festival grounds in Tallinn. It was organised by the #kõigieesti activists and there was a dedicated concert. The costs of the event were covered entirely from donations to the campaign and it attracted a very large number of people.

Scandal and resignations within the parties

Even within the political parties, there have been a number of scandals. One of the Estonian Centre Party's most prominent members, Raimond Kaljulaid, withdrew from the party, citing differences of opinion and the incompatibility of EKRE's rhetoric with his own views. Despite being one of the most successful candidates in the election, Kaljulaid stated he could not remain a member of a coalition with EKRE in good conscience. The party also lost some ordinary members, and several female members have withdrawn from Isamaa as a result of chauvinistic comments from the members of the new ruling coalition and questions being raised about the right to decide on abortions.

The chairman of EKRE and the new Minister of the Interior, Mart Helme, sparked a huge controversy in March when he criticised gynaecologists, saying that they aid murder of the unborn by performing abortions. As a result of that comment, the Estonian Medical Association made a public response.

At the end of April, a new polemic flared up after Eesti Ekspress, one of the most prominent outlets in Estonia, published a long investigative piece into allegations of aggravated domestic violence against the new Minister for Foreign Trade and IT, Marti Kuusik (EKRE). Domestic violence rose to the foreground in the media, with managers of women's shelters and male columnists demanding an adequate response to the situation and unequivocal condemnation of domestic violence by political leaders.

In parallel, the President of Estonia Kersti Kaljulaid also made a public statement. The president, who had been trying to draw attention to the issue of domestic violence and the need for prevention work for years, left the parliamentary chamber as Kuusik was to take the oath before the parliament. EKRE's chairman and the new Minister of the Interior Mart Helme took the opportunity to comment on the incident during the first government press conference, stating: "Kaljulaid acted like an emotional woman, not like a president." The chauvinist remark garnered heavy criticism from the Estonian public and caused an uproar even in foreign media. The scandal, having lasted for a few days, resulted in Marti Kuusik resigning and a criminal investigation being initiated against him.

Pride and Prejudice in Poland

August 09, 2019 • by LibertiesEU
This year’s Pride celebrations were marked by violence as the ruling Law and Justice party ramped up its attacks on LGBTQI people in order to gin up support ahead of the October election. 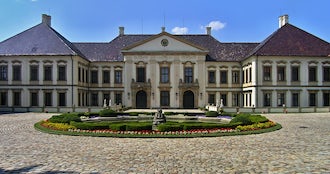 July 29, 2019 • by The League of Human Rights
The Czech Social Democrat party leadership set a final condition for remaining in the minority government of Andrej Babiš, demanding that his ally, President Miloš Zeman, appoint their nominee for culture minister.