A Facebook group called in May 2014 for a protest against Sofia Pride 2014. The so-called "Anti-gay parade" was organized by the far-right "Attack" party and the VMRO-BND party (now part of the ruling coalition in Bulgaria), as well as the unregistered Nationalist Party of Bulgaria – a branch of the international neo-Nazi network "Blood & Honor."

Extreme expressions of homophobia and death threats to the participants in Sofia Pride 2014 appeared on the "Anti-gay parade" and "Nationalist Party of Bulgaria" Facebook pages, as well as on multiple personal profiles of the parties’ members. The posts were widely covered by online media.

On June 13, 2014, 22 days before Sofia Pride 2014, Radoslav Stoyanov, an LGBTI activist and regular participant in the annual Sofia Pride, filed a complaint to Sofia Regional Prosecution Office (RPO Sofia). He asked for an urgent investigation as the date of Sofia Pride was very near and there was a real danger of carrying out the threats.

RPO Sofia took no action until August 21, 2014 – two months and eight days after the complaint was filed and a month and 17 days after Sofia Pride 2014. The discovery proceedings lasted four months. On December 23, 2014 – more than six months after filing the complaint – RPO Sofia declined to initiate an investigation. 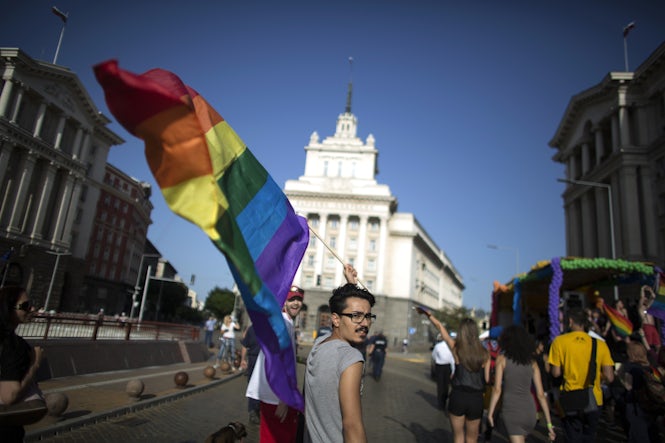 According to the regional prosecutor, the posts on Facebook had already been deleted, although some of them are still available today. He further stated that the deleted posts cannot be recovered, which, of course, is also incorrect – any deleted information is kept by Facebook for a certain period of time.

According to the ruling of the regional prosecutor, the perpetrators didn’t aim to incite crimes, but to show the public that "such behavior and sexual orientation should not be demonstrated because it is immoral and could affect the development of children."

The Bulgarian Helsinki Committee also noted that participants in Sofia Pride 2011 were attacked and beaten after the march.