In January, the Group of Experts on Action against violence against women and domestic violence (GREVIO) published a report on how Italy is combating violence agaisnt wome. The report evaluates the legislative and other measures Italy is using to implement the provisions of the Council of Europe Convention on Preventing and Combating Violence against Women and Domestic Violence (Istanbul Convention).

GREVIO, the independent body mandated by Istanbul Convention, is monitoring how the signatories are implementing the instrument. If any action is required to prevent a serious, massive or persistent pattern of any acts of violence covered by the Convention, GREVIO has the power to initiate a special inquiry procedure. It may also adopt, where appropriate, general recommendations on themes and concepts of the Istanbul Convention.

GREVIO has identified a number of areas in its report about Italy that need further development and areas that have yet to be touched on by intervention or legislation. It has also made suggestions about solutions that Italian authorities and relevant stakeholders can adopt as the country progresses towards an environment free from violence against women and domestic abuse.

Italy ratified the Convention on the Elimination of all Forms of Discrimination Against Women (CEDAW) in 1985. Since then, the country has been striving towards gender equality in the legislative and non-governmental arenas.

While nowadays there are more ways to report cases of gender-based violence, and women are being empowered to speak out about their experiences more now than in the past, domestic violence and violence against women remain a problem in the country. So, how is Italy addressing this issue?

The key findings of the report

GREVIO’s report sheds light on Italy’s efforts to implement the Istanbul Convention through legislative reforms that have created extensive sets of rules and mechanisms intended to encourage authorities to put their money where the mouth is and stop gender-based violence.

Several legislative reforms, including the recent Law No. 69 of 19 July 2019 (known as the Red Code) have led to the development of a solid legislative framework in line with the requirements of the convention on the civil and criminal law remedies for victims of violence. However, the report finds a number of legislative gaps such as that caused by the absence of effective civil remedies against any state authority that has failed in its duty to take the necessary preventive or protective measures within the scope of its powers.

Italy’s authorities have been a great force in the battle against violence against women and domestic violence with proactively reformed legislation on stalking, for example, that requires relevant authorities to raise awareness about the dangers of such behaviour and provide appropriate protection for victims.

However, how judges interpret the legislation seems to differ on a case by case basis. It can be deduced that such responses from the courts and the community discourage victims of domestic violence from coming forward. Although there are mitigating factors on the part of the accused, restorative justice is vital for protecting the victim but also for deterring such behaviour.

Early in the report, GREVIO mentions the constant reinterpretation and reform of gender-equality policies within family and motherhood policies that has led to a certain resistance towards the cause for gender equality. GREVIO shares its concern about the fact that priority is seemingly being given to protecting the family rather than to the elimination of discrimination against women. The report acknowledges that this tendency leaves a lot of women out but also “falls short of the need to achieve the structural change required to achieve sustainable improvements to women’s rights and gender equality.”

The role of civil society

In Italy there is a great Civil Society movement for gender equality. GREVIO acknowledges the major role played by non-governmental organizations in the policy implementation and advocacy of domestic violence and violence against women related issues. NGOs in both countries run anti-violence centers and shelters for victims of domestic violence. Just as they share in the successes, NGOs in both countries are facing similar challenges, specifically in partnerships with the government. In its report, GREVIO suggests strengthening local and national institutions for consultation and cooperation between the state and NGOs.

A lack of awareness

Article 15 of the Istanbul Convention details the importance of training authorities that deal with cases of domestic violence and violence against women. Despite this, and despite GREVIO’s suggestions foer improving the existing system of training, Italy’s training programs for the health sector, the judicial sector, law-enforcement bodies, professionals issuing residencial for foreign women victims of domestic violence, lawyers and social workers is insufficient.

The fight against gender-based violence continues

The fight against domestic violence and violence against women is international and there are some challenges that can be shared collectively. However, most policies and interventions are country-specific to increase sustainable outcomes. Among other things, GREVIO recommends that Italy ensure that policies and measures equally address prevention, protection, investigation and punishment and take further measures to ensure that policies address violence against women in a comprehensive and integrated fashion and are implemented and monitored by way of an effective co-ordination between national, regional and local authorities. 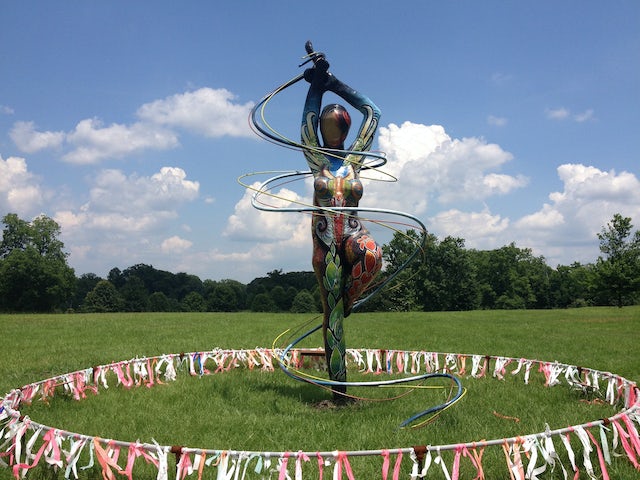 October 15, 2019 • by Human Rights Monitoring Institute
In Lithuania, it is still acceptable to think that a wife has a duty to obey her husband. According to an equal opportunities expert, the public has a distorted view on gender roles, which increases the risk of violence.
You need to accept Functional Preferences Cookies to see this content.

February 21, 2019 • by Human Rights Monitoring Institute
A mutual assistance forum for women who have suffered domestic violence, www.MoterysMoterims.lt was recently launched in Lithuania.