In early October 2019, the Social-Democratic Party (PSD) government collapsed after it lost a no-confidence vote.

A few weeks later, Ludovic Orban, leader of the opposition Liberal Party, which led the no-confidence vote, became Prime Minister, forming a minority government. His government took over from Prime Minister, Viorica Dancila (PSD). The present legislative term ends in December 2020, although the president may call for earlier general elections.

In late November 2019, President Klaus Iohannis was re-elected against his PSD challenger Viorica Dancila, the former prime minister. The presidential election is a result of a constant feud between Iohannis and the PSD government over the past two years, as he tried to protect the rule of law and challenged attempts to curtail judicial independence.

While it is too early to indicate how the new political setting will fare in terms of respect for democratic values, civil rights and collaboration with civil society, the first signs are positive. Civil society organisations were invited to participate in round table and other consultative events and given the opportunity to express their concerns towards legislators.

The former government has not fared well on civic space issues. For example, according to a new OSF study, based on a poll carried out between August and September 2019, 58% of Romanians thought democracy was under threat in the country. Nearly half of the respondents expressed the view that their right to protest was threatened. In addition, according to an interim report of the European Economic and Social Committee published in November 2019, a negative image was being propagated against CSOs who were performing watchdog functions or who are critical of the government. Their administrative burdens were disproportionately increased, and they faced obstacles in access to funding, which were largely created by the previous government.

Georgiana Gheorghe, executive director of APADOR-CH told CIVICUS Monitor that there are no new developments on the NGO law (proposed by the PSD Party), which were previously reported on by the Monitor.

In a separate development, civil society organisations sent a letter to the Ministry of Justice, stating that the newly accepted law on preventing and combating money laundering and terrorist financing requires clear rules for implementation. As it currently stands there is uncertainty on how specific parts of the law will be interpreted. Namely, it is not clear which civil society organisations fall under the category of “real beneficiaries” or whether there will be an increase in reporting requirements. Thus far the ministry has not reacted to the letter and no implementation rules were published.

There have been no positive developments on freedom of peaceful assembly. APADOR-CH told the CIVICUS Monitor that the situation regarding the right to protest has remained unchanged.

Recently a group wanted to protest in front of the Town Hall, but authorities refused to authorise the protest on the grounds that it would disturb the work of the Town Hall. The current legal framework allows for abusive practices. For example, if a group wants to express their views on a relatively urgent matter, the authorities may refuse to authorise their demonstration. The organisers may challenge the refusal and the courts would find that the refusal was unjustified. However, this verdict would only be made months after the initial request to protest, when the issue is no longer urgent. While people can decide to participate in an unauthorised protest, they risk receiving heavy fines.

Gheorghe told CIVICUS Monitor that the law needs to be changed to make provision for a 24-hour emergency court procedure so that protest organisers can effectively challenge the decision of the authorities.

In a positive development, an important change was made to the police law. Before November 2019, people who, for example, refused to identify themselves could be taken to the police station and held for up to 24 hours (“administrative leading” to the police station). At the station, the detainee did not have the right to call their relatives, a lawyer or have access to medical help. During this period of deprivation of liberty, which was insufficiently regulated in national law, many abuses occurred. APADOR-CH campaigned for a change in the law and after years of advocacy citizens now have the same rights when it comes to administrative leading as they do in criminal procedures.

As reported previously on the Monitor, press freedom in Romania remains a concern. At the end of December 2019, as Romania prepared to take over the European Union’s rotating presidency, Reporters Without Borders stated that the country’s press freedom is in a “Free Fall”. The report states:

“The media’s transformation into political propaganda tools has become increasingly apparent in recent years, especially during the elections that have been frequent due to political instability. The economic crisis has led to the closure of many media outlets while oligarchs have taken control of others.”

Media freedom in Romania has declined - the country was ranked 47th on the RSF’s 2019 World Press Freedom Index, dropping by three points from its 2018 ranking. RSF urged authorities to exercise responsibility:

“The government must do everything possible to guarantee editorial independence, prevent journalists being exploited by oligarchs and their interests, and combat disinformation, so that Romanians can have access to the reliable news coverage that every democracy needs in order to function properly,” - Pauline Adès-Mével, the head of RSF’s EU and Balkans desk. 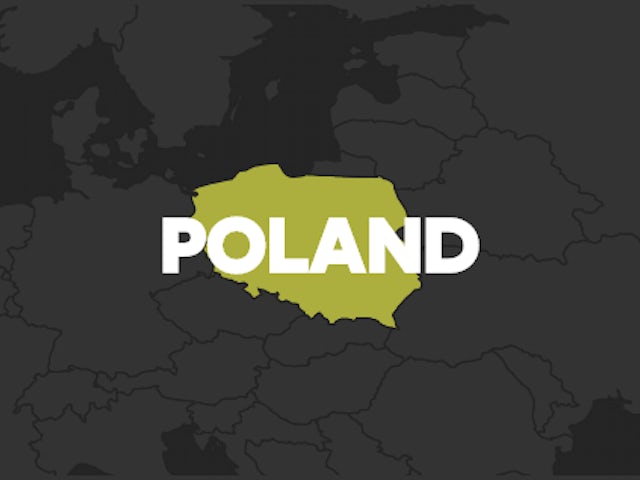 Poland: Attempts to compromise the judiciary, a threat on media independence and attacks on LGBTQIA+