The latest edition of the CIVICUS Monitor (with whom Liberties works as a research partner), published today, continues to tell a worrying story. The data shows that there are 24 countries with closed civic space, 38 countries with repressed space and 49 with obstructed space. Just 43 countries receive an open rating, and 42 countries are rated narrowed. The new report, titled People Power Under Attack 2019, shows that the fundamental freedoms of association, peaceful assembly and expression are backsliding across the world. In the space of a year, twice as many people are living in countries where these civic freedoms are being violated: 40% of the world’s population now lives in repressed countries - last year, it was 19%.

Since the previous edition of the report, published in November 2018, space for activism has reduced: only 3% of the world’s population now lives in countries with open civic space. During the same period, nine countries have changed their civic space: two have improved their ratings, while seven have worsened. This indicates that repression of peaceful civic activism continues to be a widespread crisis for civil society in most parts of the world.

According to the report, 2019 has been a year of protest, and pushback against protest, across the globe. According to the 536 updates to the CIVICUS Monitor, the fundamental right to peaceful assembly is under concerted attack. The data suggests that globally, states and non-state actors alike have used unwarranted and excessive force to disperse protests and detain peaceful protesters. Between October 2018 and 11 November 2019, 96 countries across the world used either the detention of protesters, the disruption of protest, or the use of excessive force to prevent people from fully exercising their right to peaceful assembly. Yet in the face of this repression, citizen action has not been deterred.

To read the full report based on a global research collaboration which rates and tracks respect for fundamental freedoms in 196 countries, click here. 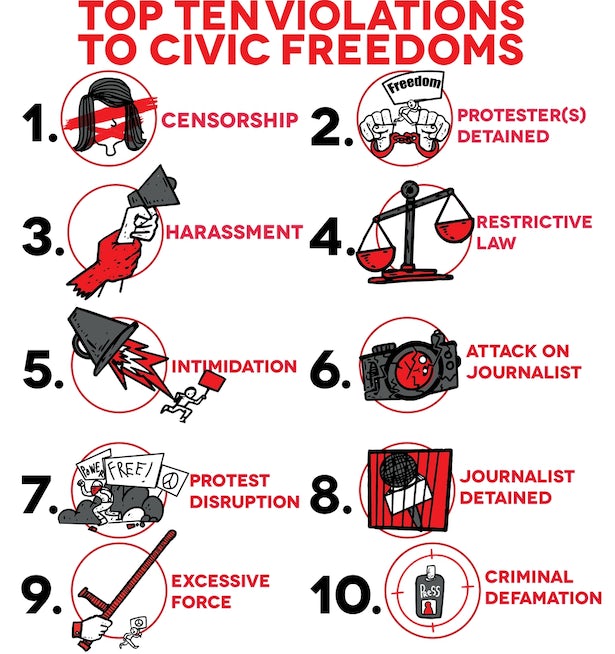 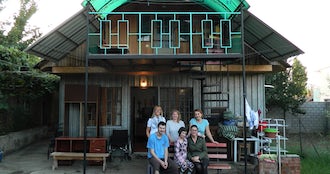