A new motion seeks to have the investigating officer working of the Mitko Yonkov case, after the policeman made racist remarks in presence of the victim's lawyer and mother.

Mitko Yonkov, a 17-year-old Roma boy, was attacked, beaten and humiliated because he is Roma. His attacker, Angel Kaleev, recorded the violence with his mobile phone and later uploaded it on his Facebook account.

The motion, filed with the Pazarjik District Prosecutor’s Office, was submitted because of a question the police officer asked Yonkov. In the presence of a lawyer from the Bulgarian Helsinki Committee, as well as Yonkov’s mother, officer Bliznakov asked the boy if he identifies as “Bulgarian, Bulgarian citizen, or 'mango'" — a derogative Bulgarian term for Roma.

The Bulgarian Helsinki Committee (BHC) claims that such a statement violates the prohibition of discrimination under Article 11 (1) of the Bulgarian Criminal Code and Article 14 of the European Convention of Human Rights. It also questions the impartiality of officer Bliznakov’s work in the pre-trial proceedings. The latter is grounds for recusal under Article 29 (2) of the Criminal Procedure Code. 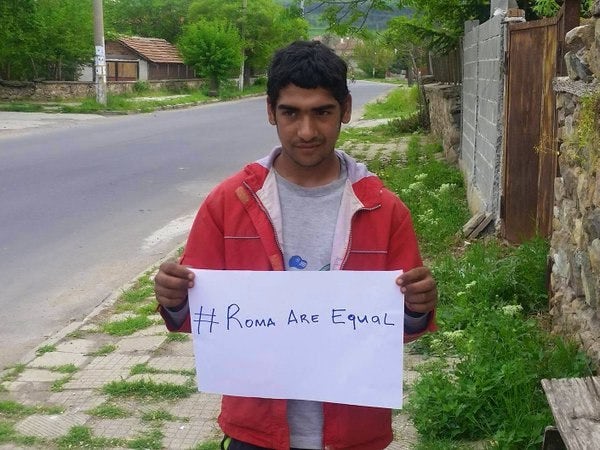 This is not the first time the BHC has motioned for recusal due to racist remarks in the instant pre-trial proceedings. In April, the forensic medical expert working on the case told the BHC representative who was accompanying Yonkov that "Mango is all right; mango is fine. He was just kicked a little bit."

"We got used to the fact that the investigating authorities ignore racist crimes and generally refuse to recognize them as such. The words of officer Bliznakov, however, go far beyond such depraved negligence," said Margarita Ilieva, director of BHC’s Legal Defense Program. "The tacit approval of racist criminal acts by the authorities through non-prosecution leads to acts such as this one. Some of the Bulgarian investigating officers, thanks to a cover-up by the state, are no longer constrained and openly show their racism even in the presence of a lawyer from a human rights organization such as the BHC. This seriously re-victimizes the victim, who – let’s not forget – is a child, and three times more vulnerable being also a minority member and a victim of violence. The Prosecutor’s Office should immediately recuse officer Bliznakov from the case."

On April 16, the Pazarjik District Court granted Yonkov a protection order that prohibits his attacker from approaching him, contacting him, or visiting his home.