Adoption of this proposal, which could happen as early as today, will change in the composition and structure of the court in violation of the Constitution.

Legal associations, political parties, non-governmental organizations and thousands of citizens are voicing their intense objections to the proposed reforms. Every day, more demonstrations are breaking out in cities across Poland, and a protest village has been set up in front of the Parliament building.

Despite the scale of the protests, the ruling party is pushing the changes through at an exceptionally fast pace and plans to pass the law during the current parliamentary session.

Amendment to the Supreme Court Act

It was only late evening on July 12 that the Polish Parliament published its legislative proposal on the Supreme Court on its website. One of the most controversial planned changes is the terminations of the terms of office for Supreme Court judges. 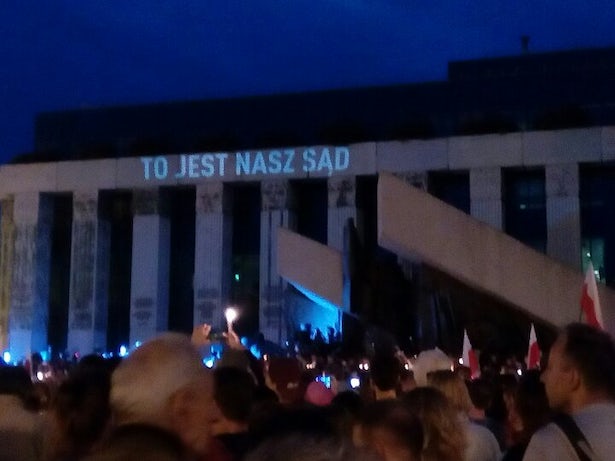 The bill, in its original form, would have removed all the judges currently sitting on the Supreme Court on the day that the new law comes into force, while allowing the minister of justice to keep on any judges he thinks should stay.

After a slight change to the bill, the latest version states that new judges will be appointed by the National Council of the Judiciary (NCJ). However, given the reforms that the government has just made to the way that the NCJ works, this is not much of an improvement.

The members of the Managing Board and the Board of Directors of the Helsinki Foundation for Human Rights (HFHR) and the Helsinki Committee in Poland have underlined that the legislation proposed by members of the Parliament from the governing majority is an attempt to introduce an unconstitutional change to the system of government of the Republic of Poland and contravenes the principle of the separation of powers. The full text of the opinion they issued can be found here. In the opinion of the HFHR:

"The draft law on the Supreme Court deepens the Polish constitutional crisis, ongoing since November 2015. A day after the Act on the National Council of the Judiciary was amended, the governing majority strengthened the political influence on the administration of justice in Poland. This in consequence will lead to a situation where the basic human right to a fair trial by an impartial court becomes illusory."

Changes to the NCJ

On the same day that the reforms to the Supreme Court were tabled, the Sejm, the lower house of the Polish Parliament, ratified legislation on the NCJ, as well as the Courts Act, which significantly limits the independence of the judiciary in Poland. 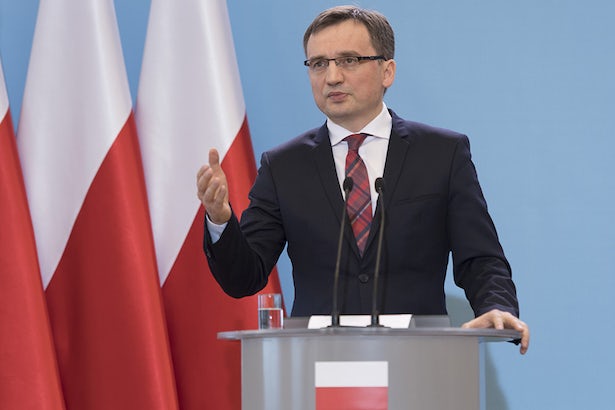 The HFHR contends that the real purpose of this regulation is to silence the Council’s criticism of public authorities. More information about the legislation is available here.

At the same time, the Courts Act allows the minister of justice to appoint top judges (the presidents of courts) without the obligation to consult representatives of the judges working in a given court. More information about the legislation may be found here.

On July 18, President Andrzej Duda called for some of the proposed changes to be softened. He stated that he would not sign the Act on the Supreme Court unless the Sejm and the Senate accept his presidential proposal to modify the reforms of the NJC. According to the presidential proposal, the Sejm would be required to appoint members of the NCJ with a three-fifths majority, rather than a simple majority.

Representatives of the ruling majority party declared that such a rule will be included in the bill amending the Act on the Supreme Court. 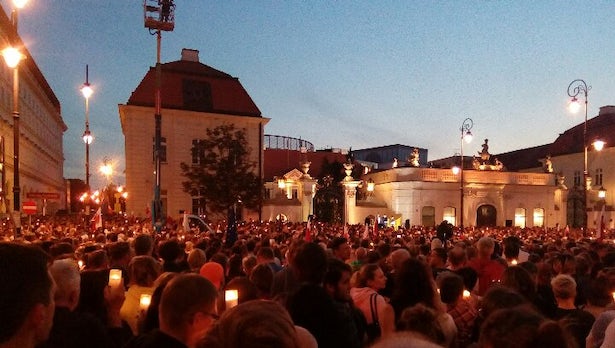 On July 16 and 18, a "Chain of Light" was organized, where thousands of protesters lit candles in a gesture of support for judges. A protest village was set up in front of the Sejm, where demonstrators stay around the clock.

Judicial associations, multiple non-governmental organizations, and opposition political parties (one of which suggested more than 1,000 amendments to the bill) have also strongly protested the proposed changes.

June 04, 2020 • by Polish Helsinki Foundation for Human Rights
In an opinion presented to the Senate, the Helsinki Foundation for Human Rights has noted that the special electoral law passed by the Lower House (the Sejm) contains measures which undermine the equality of elections and legal certainty.
You need to accept Functional Preferences Cookies to see this content.

Here's How the EU Could Help Poles Get a Fair Election

May 08, 2020 • by LibertiesEU
Poland’s government has postponed the election for at least a month. But its plan for an all-postal ballot would still mean voters returning ballots in person, risking public health.