Amnesty International Italy and ASGI have joined forces in seeking justice for a case of forced deportations of migrants and are trying to make the better out of it by asking compensation to include humanitarian visas for those affected.

The case being denounced by the NGOs concerns 89 migrants, including 75 Eritreans, who were deported back to Libya from Italy back in 2009.

Between 2009 and 2010, Italy made a practice of intercepting, arresting and immediately handing over to Libyan authorities migrants trying to join Italian coasts — who were thus unable to present a request for protection.

When deported back to Libya, these asylum seekers were thrown in jail and subjected to months of abuse. Some of them eventually managed to escape and reach Europe; others, however, have not been as lucky.

Italy was condemned by the European Court of Human Rights for this, but nothing was done for those asylum seekers who are still in harm's way. Because of this, Amnesty International and ASGI filed an application before the Rome Civil Court with the hope of obtaining 14 humanitarian visas for the migrant victims of forced returns. 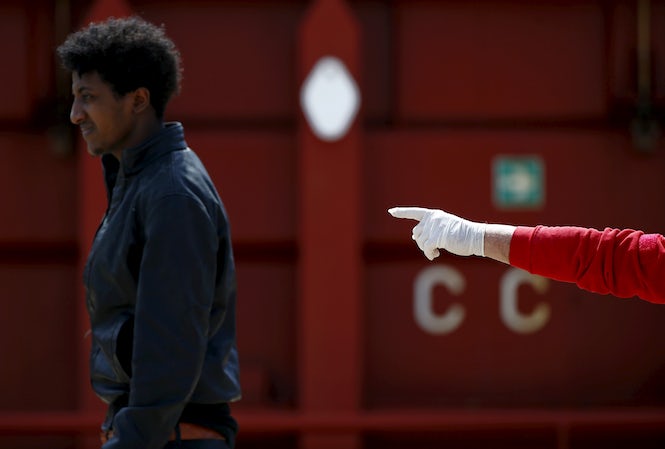 In addition to getting the visas, the aim of the case is to expose the horrible practice of forced returns and create a precedent for judicial granting of humanitarian visas, which would ensure the possibility for legal and safe access to Italy for asylum seekers.

At the same time, the two NGOs have joined forces to highlight how very similar concerns are raised by the reliance on the concept of a "safe third country," especially in the case of Turkey (with whom the European Union has recently signed an agreement essentially allowing for mass deportations).

Asylum seekers must not be pushed back and denied their right to seek protection, but rather be ensured legal passage to safety.