In recent years, Liberties member Rights International Spain has made regular appeals to UN bodies and the European Commission about serious challenges to judicial independence and the right to access to justice, both essential pillars of the rule of law.

Today, concerns over the judicial independence of Spain persist to such an extent that four associations of judges and three associations of prosecutors in Spain have agreed on a mobilization calendar for April 2018, leading to a strike on 22 May, if the authorities do not put forward serious and meaningful proposals, among other issues, to strengthen judicial independence, modernize the justice system, including adequate and sufficient material and human resources, reform the General Council of the Judiciary and guarantee a policy of appointments based on criteria of merits, qualifications, equality and transparency.

Constant changes to the laws

The Law on the Judiciary was reformed nine times between 2011 to 2015 through bills put forward by the government or the parliamentary group of the governing party in Congress and supported primarily by it. It is currently being reformed yet again.

Although the scope of the reform was initially limited to re-introducing measures to facilitate reconciling the work and family life of judges, the Popular parliamentary group in Congress, taking advantage of its majority, has introduced significant amendments involving a “full-fledged disguised reform” affecting the functioning of the justice system. Furthermore, in doing so, the legislative process is flouted insofar as the duty to request mandatory reports from a number of bodies is not fulfilled.

Lack of efficiency and quality

In 2017, the four judicial associations filed a joint complaint against the General Council of the Judiciary Council for failure to comply with its obligation to set the workload of judges. The associations hold their governing body responsible for the excessive workload and not regulating the maximum limits. In addition, one of the “14 basic proposals for improving the justice system” agreed upon in 2017 by the judicial associations includes “increasing the number of judges to be in line with the European average, by calling for 250 new positions each year for the next four years”.

The General Council of the Judiciary and the Ministry of Justice adopted in 2017 an Urgent Plan to create 54 courts in the provincial capitals to deal exclusively with “floor clause” cases (that is, abusive and unfair terms in mortgage loan agreements) as a response to the judgment of the Grand Chamber of Court of Justice of the EU in the joined cases C-154/15, C-307/15 and C‑308/15.

This decision was highly criticized and opposed by Bar Associations as well as judges. The creation of these courts was described as “chaotic” and could lead to the overload of the courts due to the lack of adequate and sufficient human and material resources for their correct functioning and therefore putting at risk the right to effective judicial protection.

Spanish courts have also had to deal with high numbers of cases involving political corruption. In 2017, the courts concluded 97 proceedings for corruption offenses and issued 126 judgements (78% convictions) against 411 persons. These cases are complex and require means and resources in order to effectively investigate them in a timely manner. In fact, prosecutors and judges have requested more resources. Yet, in some cases, the response has been simply to reallocate staff from other courts, which has the effect of increasing the workload of those other courts, already overloaded, and thus negatively impacting the delivery of justice.

Finally, a legal reform from 2015 reduced the availability of free legal counsel and made it more difficult for citizens to access this essential public service. Moreover, legal aid lawyers suffer from long delays before they get paid (in some cases, even more than six months) and the fees, which are very low (the average per case is €135), have remained unchanged for the past 20 years. Furthermore, according to the law, the money collected from court fees should be allocated in part to improve the legal aid service. Yet, since the Court Fees Law was approved in 2012, this has not happened.

The independence of the judiciary is fundamental in a democratic society and crucial for public confidence in its institutions. The GRECO Interim Compliance Report on Spain adopted in December 2017, concluded that none of the recommendations contained in the Fourth Round Evaluation Report had been implemented satisfactorily, including reforming the legal framework of the General Council of the Judiciary. However, according to the statement of the four judicial associations “there does not seem to be a clear majority in favor of reforming the Governing Body of the judiciary.” 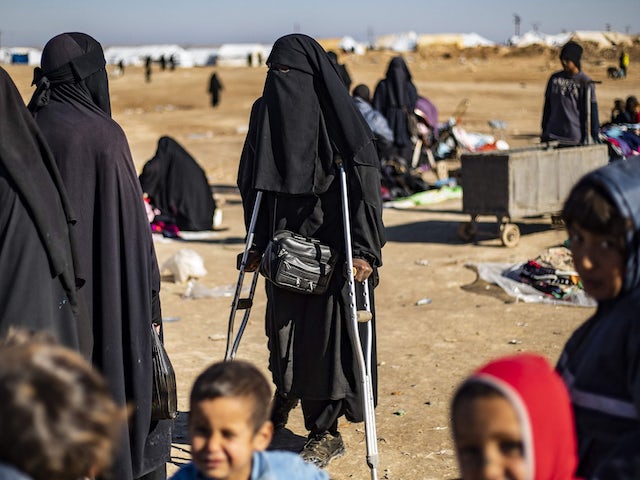 Dutch Government not Obliged to Repatriate IS-women and Their Children

July 15, 2020 • by Raksha Nazir, Nederlands Juristen Comité voor de Mensenrechten
The Netherlands Supreme Court has ruled that the Dutch government is not responsibile for repatriating 23 Dutch women and their 56 children from camps in Northern Syria. The State argued that Dutch national security, that of other Schengen countries, a...