The campaign “Ero straniero – L’umanità che fa bene” (I was a foreigner – The humanity that does good) has collected more than 85,000 signatures – far more than the 50,000 required – in support of a new immigration law. The signatures were submitted to the Chamber of Deputies on Friday, October 27.

The signature drive was promoted by Radicali Italiani and Emma Bonino, Fondazione Casa della carità “Angelo Abriani”, ACLI, ARCI, ASGI, Centro Astalli, CNCA, A Buon Diritto, and the Italian Coalition for Civil Liberties and Rights; moreover, it was backed by many city mayors and other non-profit organisations.

At 11:30 on the morning of October 27, several representatives of the civil society and of political parties gathered in the square in front of the Parliament in order to submit the signatures, as well as to celebrate and to comment on the good outcome of the campaign. Activists Emma Bonino, Luigi Manconi, Igiaba Scego and Patrizio Gonnella, among others, expressed their gratitude to the many volunteers who worked to the collection of the signatures.

The proposal includes, among other things, the possibility to legally enter Italy with a temporary work permit, gives the possibility to non-nationals with ties with Italy to get a residence permit, measures for the social and occupational inclusion of asylum seekers and refugees, the abolition of the crime of illegal entry and other reforms to the reception system.

In summing up the success of the signature drive, its promoters issued a statement that “It is an amazing result that we reached thanks to the hundreds of activists and volunteers, who passed the last few months in the Italian streets and squares in order to gather signatures. The current political climate is dominated by fear and demagogy, so we did not take for granted the outcome of the campaign”. 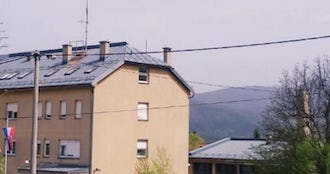 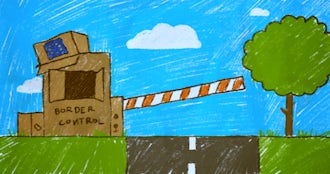 May 16, 2019 • by Jascha Galaski, LibertiesEU
Many young Europeans take the freedom to travel through much of the Union without having to pass border checks for granted. With the reintroduction of “temporary” border controls, this privilege may be coming to an end.