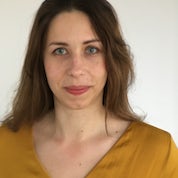 Spreading the word about the value of human rights is important. Too many people hold the misconception that law-abiding citizens do not need human rights.
Orsolya is working on issues related to privacy and the spread of populism in Europe and the protection of civil liberties NGOs.She writes reports about developments regarding freedom of assembly, freedom of association and freedom of expression in Eastern and Central European countries. She is also a video enthusiast and developed the Liberties video game. Orsolya studied philosophy at Central European University, and spent time during her doctoral studies at Harvard University and New York University, and was an adjunct lecturer at Princeton University. She joined Liberties in 2017.
Freedom of association, freedom of assembly and freedom of expression are still being realized or are being actively challenged in many EU member states. I write reports on issues related to these freedoms in Belgium, Czech Republic, Greece, Hungary, Lithuania, Poland, Romania and Spain and produce a video series aiming to break down the complexity of human rights through humoristic characters.

Spreading the word about the value of human rights is important. Too many people hold the misconception that law-abiding citizens do not need human rights.