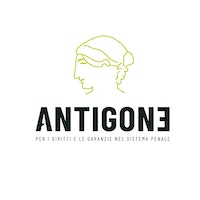 Associazione Antigone is an Italian NGO working to protect human rights in Italy, with a focus on the penal system.

Antigone is an Italian NGO founded in 1991, which deals with human right protection in the penal and penitentiary system. Antigone carries on cultural work on public opinion through campaigns, education, media, publications and the academic review "Antigone" (three issues annually). Many studies and researches on penal and penitentiarty issues are conducted by Antigone, and it cooperates in writing normative texts on relevant topics. An Observatory on Italian prisons, involving around 50 people, is also active since 1998, when Antigone received from the Ministry of Justice special authorizations to visit prisons with the same power that the law gives to parliamentarians. Every year, Antigone’s Observatory publishes a Report on the Italian penitentiary system. Through a prison Ombudsman, to which it gave birth, Antigone also collects complaints from prisons and police stations and mediates with the Administration in order to solve specific problems. Furthermore, Antigone’s lawyers and physicians operate in some Italian prisons, giving suggestions and monitoring life conditions. Antigone also carries on investigations about ill-treatments and may at times be formally involved in the related trials. "Jailhouse Rock" is a weekly radio broadcast on music and prisons authored and hosted by Antigone. Antigone leads a European Observatory on prisons involving nine European Countries and funded by the European Union.