The French government has adopted stricter migration laws. In the ‘country of human rights’ the environment for refugees and asylum seekers, but also for human rights defenders, has become increasingly hostile.

Last year, the French government approved several new asylum and immigration reforms. With stricter laws, France wants to speed up asylum applications and facilitate the expulsion of rejected persons. The new rules that entered into force on 1 January 2019 include:

To the delight of those hostile to migrants, President Emmanuel Macron suggested in his letter to the French people to introduce quotas to stop irregular immigration (although, in reality, caps on migration do not limit irregular entries). Besides stricter migration policies, migrants and human rights activists are facing an increasingly hostile environment.

France has been much criticized by civil society for the poor detention and reception conditions for asylum seekers. Tensions and acts of violence are frequent in the often overcrowded detention centers. The mental health conditions of detainees are deteriorating, frustration is growing and some have even gone on hunger strikes. According to an annual report compiled by civil society organisations monitoring detention centres, France detains close to 50,000 people each year, including children, although they have not committed any criminal offense.

A group of NGOs wrote a letter to President Macron highlighting the failure of the state in protecting and sheltering migrants. Many asylum seekers, including minors, still live on the streets because of a lack of accommodation places. Some centres have to resort to lottery because on certain days the shelter requests are eight times as high as capacity allows. The unlucky ones have to sleep on the streets, with little protection from the cold and constant police harassment.

You shall not pass

Since Macron became head of state, border controls have become tougher. In its annual country report, the European Council for Refugees and Exiles (ECRE) reports that French police have conducted “massive and unlawful push backs” leading migrants to shift their routes “towards riskier journeys through the Alps”. Often without food and winter clothing, they suffer from the cold and harassment from the security forces. Those who are found are immediately reconducted to the border.

The French police also reinforced operations along the Spanish border. In the Basque region every bus and train is controlled. SOS Racism, an NGO, complains that even people who are already on French territory are regularly taken back to Spain without taking into consideration their right to asylum.

Those in the north of France who hope to reach the United Kingdom have also faced hostility and brutality from the French police. More than two years after the demolition of the ‘Jungle’ camp in Calais, arbitrary arrests, intimidation tactics and intentional sleep deprivation are still a daily occurrence. According to The Guardian, a British newspaper, the police carried out 393 separate camp evictions, leaving hundreds of unaccompanied children in vulnerable situation.

The crime of solidarity

However, not only migrants face increasing hostility. Activists who show empathy with migrants can land in prison. An article of immigration law threatens anyone who “attempts to facilitate the illegal entry, movement or residence of a foreigner” with up to five years of imprisonment. In October, Liberties reported about the trial of seven individuals who were accused of assisting migrants to cross the Franco-Italian border. In December, a court declared the humanitarians guilty of “helping undocumented foreign nationals” and sentenced the militants to six to twelve months in jail.

Cédric Herrou, a farmer and activist from the Roya Valley (or the Rebel Valley, as it is now known) became a symbol of resistance following his arrest in July 2017 for helping more than 200 migrants cross the French-Italian border and sheltering them in his farmhouse in southern France. He called for the abolition of the (unofficially titled) délit de solidarité (crime of solidarity) and achieved a major victory this summer as the French Constitutional Council took into account for the first time the "principle of fraternity", arguing that "disinterested aid" cannot be prosecuted. The ruling sent an important message to the population: yes, you can help people, even if they are in an irregular situation.

However, the victory did not put an end to the crime of solidarity. A couple of weeks later, a young activist, Loan Torondel, was found guilty of defamation for tweeting a picture of policemen standing over migrants evicted from informal camps in Calais. In January, Raphaël Faye, a young man who helped four migrants cross the French-Italian border, received a two-month suspended prison sentence. In the end, the crime of solidarity trumps the principle of fraternity. Click here for more details on the criminalisation of humanitarian assistance to irregular migrants.

It’s not all bad news

France also passed legislation that is more generous towards its newcomers. Asylum seekers now have access to the labor market after six months, instead of the previous nine months – in comparison, Germany’s asylum seekers can look for a job after three months.

Further, beneficiaries of subsidiary protection are now entitled to residence permits with a validity of up to four years, as opposed to the previous one-year residence permits, and unaccompanied children who benefit from international protection can now be joined by their parents.

The state also plans to invest in reception places for newcomers. According to ECRE, the Ministry of Interior wants to increase the number of accommodation places for asylum seekers from 86,592 to 98,476 by the end of 2019. 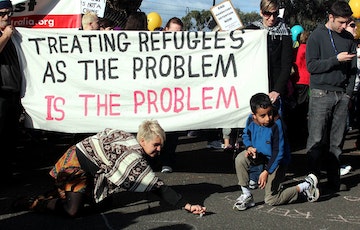 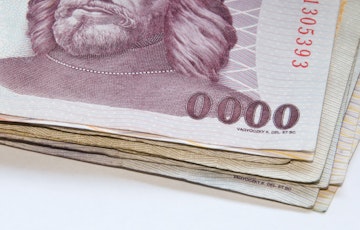 Hungary's New Immigration Tax: Pay if You Have a Different Opinion 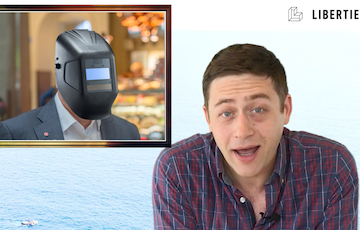