The Council of Europe’s Committee for the Prevention of Torture and Inhuman or Degrading Treatment (CPT) has published the report on its last visit to Romania (June 5-17, 2014). The CPT delegation visited nine places for pre-trial detention, four penitentiaries and the hospital of the Rahova Penitentiary. It interviewed detainees and people in pre-trial detention, as well as the staff of two psychiatric hospitals (Sapoca Iasi and the Neuropsychiatric Center no. 2 in Bucharest).

CPT members also met in Bucharest with representatives of the Association for the Defense of Human Rights in Romania - the Helsinki Committee (APADOR-CH), a Romanian NGO that has long been critical of prison conditions in the country.

The report mentioned positive developments compared to the delegation's previous visit in 2010. As good practices it gave the example of a doctor in charge of detention facilities in Bucharest, who reports after the examination of people in pre-trial detention and who records the detainees' statements even if there are no visible signs of violence on their bodies.

However, the CPT also noted that, in the last five years, conditions of detention in police custody, which can last for months, "remain mediocre, especially in terms of overcrowding, disrepair, insalubrity and inadequate access to natural light and ventilation."

The delegation also noticed that the detainees from prisons were fearful of communicating with the members of the CPT delegation. Still, the delegation heard many allegations of ill-treatment (particularly from detainees alleging they were physically abused by masked special forces agents). The report says such allegations were most commonly coming from those detained in maximum security wards and the closed wards of the prisons in Arad and Oradea.

The CPT found that there is overcrowding in prisons as well, with some of them having a maximum of 2m² per person (as was the case in the penitentiary for women in Târgşor). Such conditions are even more concerning considering detainees spend 20 to 22 hours of every day in their rooms.

The delegation's report recommended that the Romanian government take measures to increase the number of penitentiaries and the numbers of assigned prison medical personnel. It also recommended more socio-educational activities be developed for detainees, with inclusion in the labor market also being necessary, especially for those detained in maximum security wards and in closed wards.

The CPT report also discussed the case of Gabriel Dumitrache, who died in Police Station no. 10 in Bucharest. In relation to this case, it demanded Romanian authorities send information on the ongoing legal action against the police officer accused of killing Dumitrache. The CPT also told the government to take administrative disciplinary measures against police officers, regardless of what happened during the investigation proceedings.

APADOR-CH notes that the CPT report contains a lot of the information provided in previous years by the NGO in relation to the overcrowding and the bad material conditions in Romanian detention facilities. Unfortunately, such issues are rarely publicly discussed at the national level.

That only happens when the European Court of Human Rights condemns Romania due to its prison conditions, or when some celebrity is arrested and complains about the treatment he or she was subjected to during arrest. Civil rights are a subject often ignored both by the authorities and common citizens, who, according to a recent sociological research conducted by APADOR-CH, are not even fully aware of their rights.

You can read the full CPT report here. 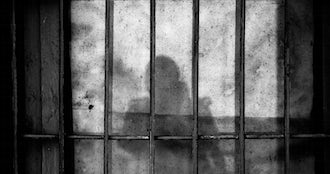 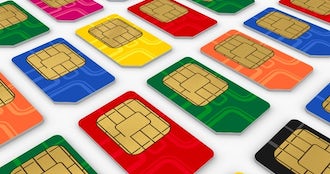