Cuban Damas de Blanco (Ladies in White) activist Lismeirys Quintana was sentenced on March 27 at the People's Court of Marianao, Havana, to six months in prison on politically motivated charges for "non-payment of fines."

On January 29, another Dama de Blanco, Aliuska Gómez had to witness the arrest of her 17-year-old son, Rey Hanoy Marrueto Gómez, because of his mother's human rights work. He has not been prosecuted or taken to court but still remains locked up at the Jovenes de Güatao juvenile prison a full two months after the arrest.

"Nothing has changed when it comes to human rights reform since the US, EU, Sweden and many others opened their doors to the Cuban government. Together with our Cuban partners, we have advocated strongly for the inclusion of human rights defenders in the implementation of the Political Dialogue and Cooperation Agreement (PDCA) between the EU and Cuba that was signed in December 2016," said Erik Jennische, program director for Latin America at Civil Rights Defenders. 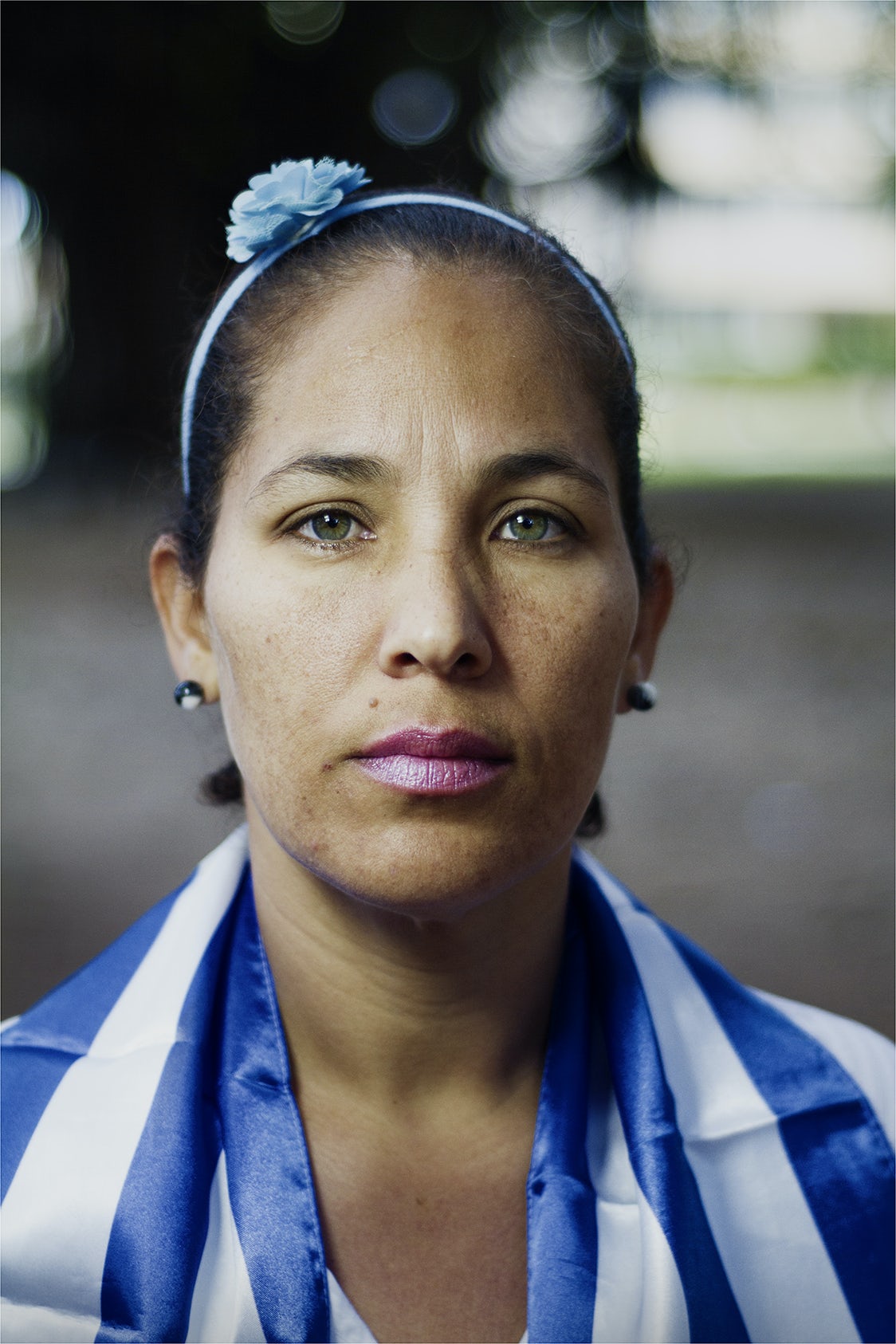 Damas de Blanco was founded by school teacher Laura Pollan and a group of wives and daughters of the 75 democracy activists sentenced to prison during the "Black Spring" of 2003.

The activists were sentenced to a total 1,456 years in prison, having only been released as a result of an international diplomatic deal involving the Catholic Church and the Spanish government.

"The EU has blatantly ignored our demands. The Cuban government is not interested in changing the current political or legal systems, so national and international pressure must be put on the regime to enact change. The European Parliament will vote on the PDCA in a couple of months and the only reasonable vote is no, until the Cuban government has let all political prisoners free," added Jennische.

Lismeirys Quintana and Aliuska Gomez and many other women continue the tradition of campaigning every Sunday with peaceful protests demanding the release of all political prisoners being held throughout Cuba. Since April 2016, the Cuban authorities have placed police officers outside their houses on Sundays so that anyone leaving their home is arrested.

According to the Cuban Commission for Human Rights and National Reconciliation (CCDHRN) 10,000 political arrests were made during 2016, with almost 500 coming in January and February alone. Many of those arrested were subjected to brutal treatment by the police.

In February of 2017, 45 Damas de Blanco were arrested by the state security forces for peaceful protests, principally in Havana and Matanzas. The alleged fines levied against Quintana are for participation in the #TodosMarchamos (We all march) campaign, which advocates for the release of political prisoners through peaceful marching every Sunday.

Lismeirys was recently transferred to the notorious Sancti Spiritus prison, 400 kilometers from her home in Havana.

We call on the Cuban government to immediately release Lismeirys Quintana and all human rights defenders and political prisoners from prison and for the EU to ensure that human rights becomes the central focus in all discussions with the authorities when it comes to political and trade dialogues.

When you sign the petition, we send you a confirmation email. You have to click on the link to confirm your participation. Otherwise, you will not sign the petition. Please use a valid email address.

Emails and names are mandatory data. The country is optional. Your first name and your country (if added) will appear on the website.

All emails, names, and countries of residence will be deleted 30 days after the petition is sent to Google and IAB Europe. We have to keep them for 30 days in case someone questions the accuracy of the signatures.